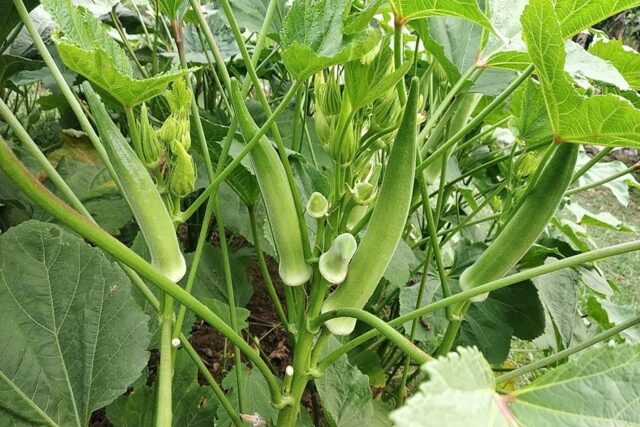 The Namibian government has decided to give domestic and international investors the potential to operate 11 green scheme projects, including a dairy project, and investment opportunities through a competitive leasing and bidding process.

These are initiatives that have already obtained land.

The Ministry urged domestic and foreign investors to participate in the Request for Proposals (RFPs) process and reply to the opportunities presented in the RFPs that would be published.

The RFPs will be issued in stages in the coming weeks and months.

Agriculture Minister Calle Schlettwein in a statement said: “Agriculture remains one of Namibia’s most important economic sectors as the majority of the population depend on the sector for their livelihoods.

In addition, the sector is the second largest employer after the government and a source of food security.

In essence and due to its employment intensity and growth potential, the agricultural sector stands a better chance to induce inclusive growth, job creation and the reduction of poverty and income inequalities while enhancing national food security.

These objectives are central to the country’s socio-economic goals, at a time when the global community and Namibia, in particular, are contending with increasing food and production input prices, arising from diverse external factors.

The two main sub-sectors of livestock and crop farming are the backbone of agricultural activity in Namibia.

While the livestock sub-sector has been the premier source of growth and supplier of meat and meat products with market access to the best-paying markets such as the European Union, UK, USA, China and the rest of Africa, the export of crops, vegetables, fruits and related products has significantly grown by value.

This attests to the fact that diversification of production and crops promises increasing returns on investment in the sector.

The agricultural sector and crop production, in particular, has historically depended on rain-fed activity, which exposed the sector to erratic climatic conditions.

In response, the Government had, since 2004, increasingly invested in intensive agriculture, centred on the green scheme projects, which have been largely operated by the public sector to date.

The green scheme programme encourages the development of irrigated agronomic production with a target of reaching approximately 27,000 hectares along the perennial rivers bordering Namibia and at strategic inland areas where water is abundant.

The investments are expected to promote the production of grains and cereals as basic staple food to reach food self-sufficiency while allowing investors to diversify production into high-value horticulture, crops and fruits.

Namibia considers agriculture as a key sector and embarked to engage domestic and international private investors through lease agreements and Public Private Partnerships (PPPs) on various Green Schemes as a means to stimulate and grow the agricultural sector and the economy in general.

To attract private capital and partnerships, the Government, through the Ministry of Agriculture, Water and Land Reform, prepared RFPs for each green-scheme project for competitive bidding, starting to publish these RFPs in batches from the end of May 2022 going forward as previously announced.

The Ministry wishes to emphasize that the competitive leasing process is inclusive of both the domestic private sector and international bidders wishing to partner with Namibian producers.

Namibian participation in these arrangements will be encouraged based on the bankability of the investment proposals.

A competitive and productive intensive agriculture is a value proposition to transform commercial agriculture into a modern subsector, anchored on modern technology and farming methods at the farm level as well as the logistical infrastructure which underpins such modernized activity.

In addition to the already developed green scheme projects, opportunities will also be offered in the three new projects for development, namely, the Neckartal Dam irrigation scheme and Tandjieskoppe Green Scheme Project, (both in the southern part of Namibia) and the Zone Green Scheme in north-eastern Namibia.

The envisaged Neckartal Irrigation Project would tap on the Neckartal Dam, the largest dam holding over 800 million cubic metres of water exclusively available for irrigation of an area of about 5,000 ha with suitable soils.

These brownfield projects include the development of the irrigation system and the operation of irrigation schemes. The dam and bulk water infrastructure were commissioned by the government in 2020.

In addition to the green schemes, investment opportunities also abound in value chain activities in both the livestock sub-sector, particularly meat processing and related industries such as canning, tannery and leather products, and the processing and marketing of crops of various nature.

The green hydrogen industry is also expected to contribute to the production of much-needed power and fertilizers as a by-product of green hydrogen.”