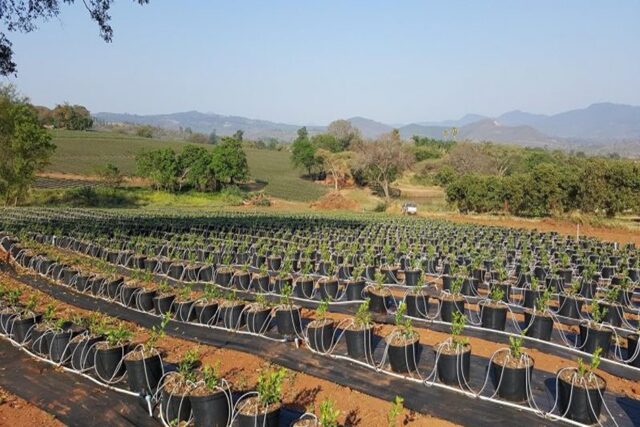 Namibia isn’t the most apparent place to invest in agriculture. Only 2.5 million people live in this arid country in Southern Africa, which has one of the lowest rainfall rates in the world. Nonetheless, commercial cattle ranching and animal farming, which account for around two-thirds of Namibia’s agricultural activities, are well-known in the region. Namibia has nearly as many livestock as it does people (and there are more sheep and camels.

“Growing the agriculture sector has the biggest impact on economic growth,” she tells AFN. “For Namibia to unleash its full potential and become an agricultural powerhouse in the region, it needs investment.”

The fund also aims to be a change agent for the sector, by encouraging the adoption of climate-friendly growing practices and technologies, like irrigation and aquaponics. EOS’s impact thesis is that more private investment in sustainable agriculture will catalyze job creation and poverty alleviation. The team also believes it’s the best channel to empower women, says Maske.

EOS launched in 2015 with a mission to get Namibia’s investors to channel more capital to the country’s critical sectors of economic growth. Its first fund, Allegrow Fund, raised $30 million from 19 local investors to invest in or buy out growth-stage businesses in manufacturing, utilities, tourism, consumer goods and other sectors.

Both funds were excluded from doing deals in agriculture, however, says Maske. Although the sector comprises just a small share of Namibia’s GDP, it is a source of livelihood for more than 40% of the population. And with so much of the sector focused on land and water-intensive livestock farming, the sector is ripe for climate-smart technologies and investment.

“The sector has lacked equity funding, and this has been a hindrance to its growth,” Maske says.

The first intervention needed, she says, is better water management. Namibia largely depends on rain-fed agriculture, despite the country’s limited rainfall and abundant but underutilized renewable water resources. One of Euprates’ focus areas will be companies introducing water harvesting and storage technologies in Namibia’s agri-sector and new farming techniques, like hydroponics.

EOS also wants to help Namibia’s agriculture sector increase crop production over livestock production. The firm is looking at opportunities to invest in businesses and technologies that can help convert semi-arid land into productive agricultural land. It is also looking at opportunities to bring in pest- and drought-resistant seed varieties and technologies that give farmers access to a better climate and on-farm information.

The Euphrates will prioritize investments that strive to have positive environmental impacts and help farmers and agri-businesses adapt to climate change. It is also targeting companies supporting the UN Sustainable Development Goals that are focused on ending poverty and hunger and accelerating gender equality, fair work and economic growth

“The essence is investing in everything ancillary to spur the growth of the sector,” says Maske.

The firm has not yet announced any investments, but its pipeline includes an agri-services company, an alternative protein producer, an aquaponics firm, and an agricultural equipment financier.

EOS plans to use the Euphrates as a “proof of concept” and to build a track record in the agriculture sector. Ultimately, EOS hopes to channel N$1 billion in private investment to Namibia’s agribusinesses. It is also considering setting up another fund specifically for climate and sustainable investments that can co-invest with its agri- and infrastructure funds.

Of Euphrates’ first close, says Maske, “this was a good place to start because we can start investing in some deals.”

“We want to get to a sizable-scale where we can start doing bigger deals with regional impact. For that, we’ll go to the international market to fundraise,” she adds. “First, we want to prove our track record.”