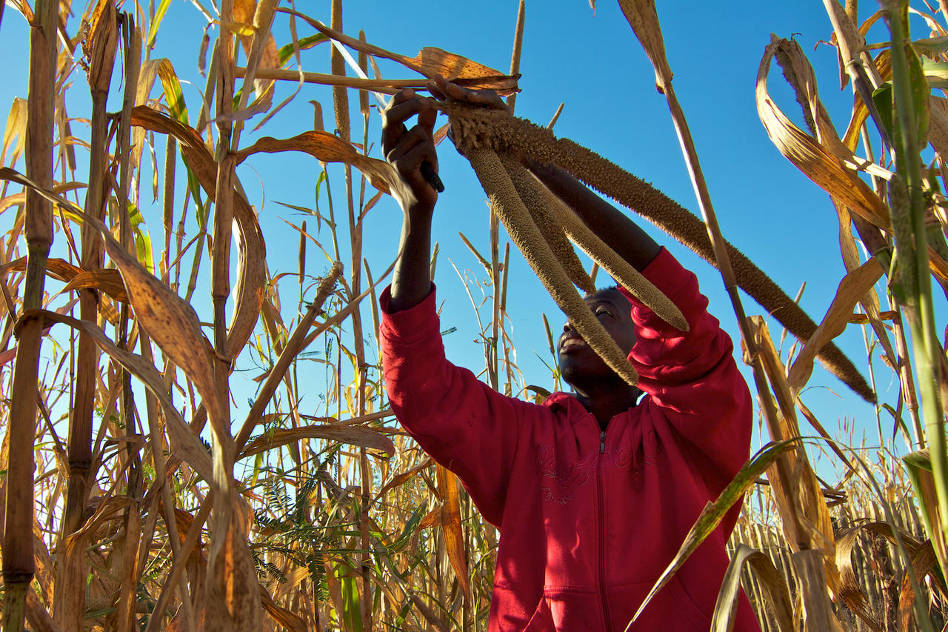 The most critical month for crop farmers in the rain-fed northern communal areas, October, which normally determines good or poor future rains, has come and gone, casting doubts on the prospects of good mahangu and maize crops in May and June next year.

Northern communal farmers New Era spoke to are worried yet again that they might not get a good harvest next year if there is an average early rainy season. All predictions so far had forecast a slow start to the rainy season but hints are that most of Namibia will experience a normal to above normal rainy season from January to March next year.

The latest expected harvest report of the Namibian Agronomic Board predicts more than 1 080 tonnes of white maize from the communal areas of Omusati and environs with an average of 1.7 tonnes per hectare. Namibia’s total white maize production is estimated to be 40 024 tonnes come harvest time next July.

From December to January and March, mahangu farmers in the Oshana, Omusati, Ohangwena, Oshikoto and Kunene regions are supposed to be working in their fields. However, if this year is anything like last year, farmers may have to buckle under the weather and face another dry spell, which would result in the loss of more livestock and another below average harvest season.

Because of the prevailing dry conditions and very little rain expected in November, farmers are holding back with planting mahangu. Some farmers also expressed concern that even if the north receives good rains later this month, their donkeys and oxen that are used to plough their fields may still be weak due to the drought experienced in the region over the past three years.

Some farmers say they have been in regular contact with the elders who have over the years mastered ways of predicting whether or not there will be good rains. According to them, the elders are predicting good rains in the northern regions towards the end of this month or early next month.

People are very concerned because their livestock are in poor health and unless the areas get good rain this month, their cattle might not make it to next month.

Conservation agriculture (CA) farmers say they are feeling the pinch as well after the Namibian Conservation Agriculture Project (NCAP) ceased at the beginning of this year due to lack of international funding.

Last year, 4 132 farmers registered for CA rip furrow services and it seems the numbers have dwindled after NCAP had to withdraw from the north after UN funding dried up.

There are currently 27 private service providers for rip furrowing and nearly all of them have started land preparation by now. Most of the tractor owners are Kongalend Financial Services clients while some are Agribank clients.

The interest in CA is extraordinarily high this year because of the recurring droughts and severe food insecurity.

Many farmers witnessed positive developments in CA fields during the 2014/2015 season despite low and erratic rainfall and many have switched to CA. Farmers who have already tested rip furrowing or hand-hoe basins, crop rotations and soil cover (either crop residue retention or green soil cover) are in the majority of cases planning to put their entire crop fields under CA.