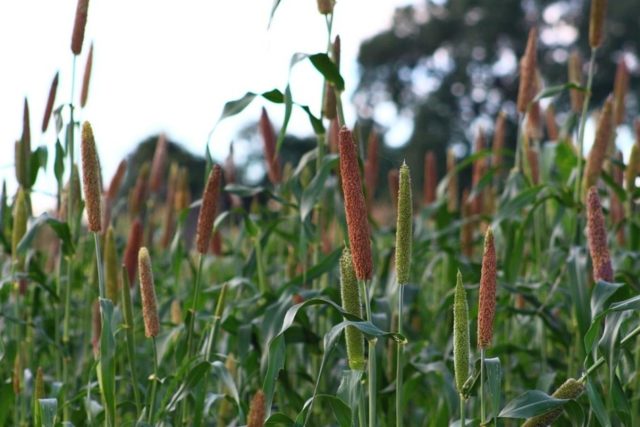 Taking stock of the agriculture performance since independence, the sector contributed more than 8% to GDP and real GDP in value terms has been on an upward trajectory. Agricultural contribution declined to 6.6% between 2015 to 2019 compared to a peak of 9.9% recorded between 2000 to 2004.

Notably the sector recorded double-digit growth of 25%, 21%, 15%, 15%, 11% and 10% in 1994, 2002, 1996, 2005, 1999 and 2010, respectively. Namibia’s agriculture sector is largely based on primary production representing the largest employer in the country, accounting for about 23% of the total labour force (2018 Labour Force Survey). The livestock sub-sector contributes 60% to the agriculture GDP while crop and agro-processing industries account for 30% and 2%, respectively, to the agriculture GDP. There is no doubt that the agriculture sector plays a significant role in socio-economic development in Namibia.

Significant strides have been made to support agricultural growth through private and public investments. The first five years since 1994 (1994/95 to 1998/99) recorded an average allocation of development capital of about N$407 million while the last five years (2014/2015 to 2018/2019) attracted an average allocation of N$7.3 billion. Public investment in agriculture peaked in 2016/17, reaching 22 per cent of total development expenditure. Since then, the agriculture GDP growth has been in a negative territory without a rebound.

The current Medium-Term Expenditure Framework Period [MTEF] for the period 2019/20 to 2021/2022 allocated 14 per cent of the total capital budget, rendering agriculture as the second largest expenditure after the transport sector. This is clear evidence that the sector has enjoyed fiscal priority relative to other sectors in the past decades. This development has been marked by investment in irrigation infrastructure and market infrastructure through the construction of fresh produce hubs, storage facilities as well construction and upgrading of meat processing facilities in line with the National Development Programmes. Fiscal commitment to the sector reflects that government spending continues to shape Namibia’s agriculture policy programmes to support the development of the agriculture sector and economic growth at large. The domestic economy has not fared well over two consecutive years and Covid-19 related risks are expected to exacerbate the existing challenges and/or create new ones. Economists are projecting a devasting impact on health, economic performance, poverty, unemployment, low investments and high public debts as a result of Covid-19. Nonetheless, Covid-19 has revealed the importance of strengthening the food system, prompting the need to increase the domestic agricultural production base.

Such investment has made it possible for the expansion of the land under irrigation by 4,348 hectares since independence. Notable areas of exponential growth were observed in the horticultural sector, which grew in production to the current level of 47%, resulting in Namibia exporting vegetables such as butternuts, onions, tomatoes, potatoes, green pepper, etc. This was unthinkable in 2001 when the country was only producing a meagre 5% of the vegetables which spiked up the import bill. Concerning the livestock markets, during the reporting period, the beef export market expanded to include China and the USA from the traditional markets of Norway and the United Kingdom with an estimated export value of N$600 million.

Although government spending is necessary for growth, escalating debt has become a concern due to emerging and existing challenges, suggesting that budget expenditures in the sector will continue to dwindle. Therefore, there is a need to encourage and incentivise private sector investment to ensure sustainable sector growth. Thus far, the private sector has provided support to the sector through capital investment. Agriculture credit financing through commercial banks has been tracking an upward trend during the period under review, increasing from N$435 million in 1999 to N$4.9 billion in 2020 (see graph below). In the same vein, development finance through Agribank increased from N$534 million in 1999 to N$3.0 billion in 2019. Notwithstanding the milestone, additional investment is required to increase agricultural production and productivity, specifically focusing on technological change and climate-resilient production techniques.

But despite decades of public and private investment in the sector, growth in agriculture continues to dwindle and remain below the expectations of 4% annual growth. Harsh climatic conditions remain a major threat to the sector. For example, the period between 2013 and 2018 experienced the worst and longest drought, negatively affecting crops and livestock. The below normal rainfall experienced since 2013 is consistent with a declining trend in agriculture performance and aggregate investment in agriculture. The prolonged drought experienced in the country remains a challenge to farmers and investors in agribusiness. Disease status in the northern communal areas presents a major challenge to efficient livestock marketing and farmers’ income.