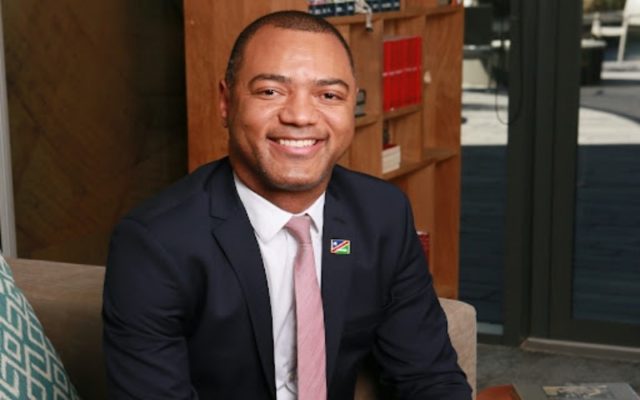 FirstRand Namibia’s chief financial officer, Oscar Capelao said agriculture is one of the most vital sectors of the Namibian economy, which has the potential to return the economy to a certain level of positive growth.

“One would see that in a good year for agriculture, unemployment drops, and in a bad year, it increases,” he said.

He wondered why students from the most fruitful districts studied administration rather than farming. This is one of the essential questions that Namibians, according to FirstRand Namibia’s chief financial officer Oscar Capelao, must answer.

“We need to ensure that the agriculture sector is professional, to attract funding,” he said.

According to Capelao, when the sector is formalised, even the banking sector would back the agricultural sector which has not featured much in their prominently funded sectors.

He added that the fishing sector is equally important, and the return of good prices for minerals provides further possibilities for the country to bounce back economically.

Despite its importance, the agriculture sector does not feature much in FirstRand’s total loans and advances book, which through their flagship, FNB banking, has only extended N$1,5 billion towards agriculture. This is just 4,8% of their total N$31 billion loan book.

Other banks are also absent in the sector. According to the Bank of Namibia, in 2020 commercial banks only funded the agriculture sector with N$4,2 billion – just 4% of the total N$104 billion of the consolidated loan book.

A quick scan of emerging farmers in Namibia reveals that they are mainly those farming without education or expertise, which could explain why banks are reluctant to lend to them.

Early last year, African Development Bank President Akinwumi Adesina spoke to African students about the important role they have to play in the continent’s economic development, especially in terms of agriculture.

It is reported that only 2% of Africa’s students specialise in agriculture, even though the sector contributes 32% of Africa’s gross domestic product.

“Agricultural transformation will need dedicated people with the right knowledge and skills,” Adesina said at the time.

FirstRand recently released their 2021 financial statements, posting a N$1 billion profit, which Capelao said was due to several factors and not simply because of a low credit loss allowed this year.

Capealo said despite the low-interest-rate environment, digital banking channels pushed volumes in the year ending June 2021, with banking application volumes up by 107%.

He said the pandemic has accelerated the adoption of digital banking in Namibia.

Capelao is hopeful of a recovery, especially with the vaccine dividend driving the global recovery.

“Vaccinated tourists are more likely to travel as the economies open up, and we also can again export to other countries. All is not lost, growing vaccination levels will pull us out of this one,” he said.