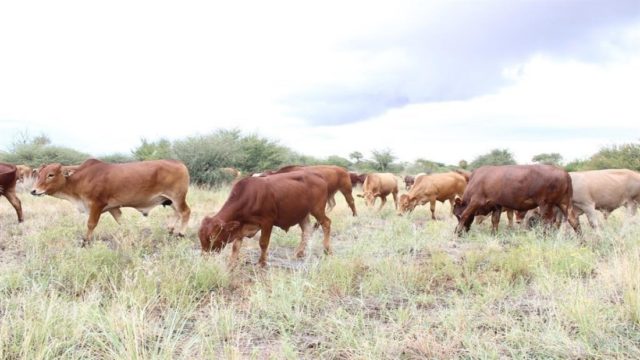 The Zambezi region has been recognized as having a novel foot-and-mouth disease variety, according to the Ministry of Agriculture. According to Minister Calle Schlettwein, the finding of the novel variation, Serotype O, explains why infection rates remained high despite widespread vaccine coverage.

“Laboratory investigations identified a new FMD virus, Serotype O, on 9 August for the first time in the history of Namibia,” he told lawmakers in the National Assembly.

“This explained the poor response to the vaccine which was administered during the first outbreak.”

Schlettwein said investigations to establish the source of the new FMD variant was conducted through gene-sequencing of the confirmed Serotype O in the Zambezi, and the results show that it is associated with the ongoing FMD Serotype O outbreaks in Zambia that were detected from 2018 – 2021.

After the discovery, the ministry ordered 340 000 doses of FMD Serotype O at a cost of N$6 million to vaccinate cattle in the Zambezi.

The vaccines were delivered on 17 September, and the ministry staff are currently administering vaccinations. Through investigations, the ministry concluded that the new FMD Serotype O was introduced into Namibia from Zambia through the illegal cross-border movements of livestock between the Zambezi region and Zambia.

“In addition to FMD Serotype O, Zambia has reported an ongoing outbreak of FMD Serotype A in areas next to the border with Namibia and Angola. This disease situation poses a high risk of the introduction of FMD Serotype A into Namibia which could spread to the north-central regions if the current cross-border livestock movement continues,’’ the minister said.

‘’It is important to note that the FMD serotypes A and O are new viruses in southern Africa and there is, therefore, a need for collaboration among SADC member states, particularly the immediate neighbouring countries, in the control and prevention of these variants as they pose a threat to the livestock industry of Namibia.”

On 28 May, the ministry of agriculture detected an FMD outbreak at Kasenu of the Kabbe South constituency in the Zambezi.

The said outbreak and the FMD serotypes that caused it were subsequently confirmed by the Central Veterinary Laboratory (CVL) on 3 June.

“In the history of Namibia, FMD outbreaks have always been caused by SAT 1, 2 and 3 serotypes. It is important to highlight that

the new FMD Serotype O also causes clinical cases in goats and sheep, and they can spread the disease further to other susceptible animals,’’ he noted.

Since May, 150 cattle are reported to have died due to FMD-related causes such as dehydration and starvation as animals are unable to feed, drink water or walk because of severe lesions (vesicles, sores, erosions) in the mouth and on the hooves.

“Vaccination started and is currently ongoing, targeting the cattle population of 170 000 in the Zambezi region. Farmers are urged to take all cattle to the nearest crush pen for vaccination. Intensive disease surveillance to establish the extent of the outbreak continues in the western parts of the Zambezi region, and movement restrictions of live animals

and raw products from, into and via the Zambezi region have been instituted,’’ Schlettwein added.

Five roadblocks are placed at strategic points, namely Kongola, Liselo, Bukalo, Namalubi and Kalumba in the Zambezi region to enforce the above-mentioned restrictions. Farmers and the general public are being urged to cooperate with the ministry’s officials on the ground and adhere to the movement restrictions to curb the further spread of the new FMD variant to other regions.

“In light of the above, I wish to strongly appeal to all farmers and the general public not to bring animals from northern neighbouring countries to avoid the possible introduction of new FMD variants in Namibia. In addition, farmers and livestock traders are requested to block the illegal movements of animals and potentially infected FMD materials from neighbouring countries to avoid further animal disease outbreaks in our country,’’ he urged.

The minister also appealed to governors of regions along rivers that form national borders as well as farmers’ unions and other relevant stakeholders to assist in informing farmers in their respective regions to refrain from the illegal cross-border movements of animals.

“It should also be noted that once an FMD outbreak is detected in the Northern Communal Areas (NCA), it will hamper progress with efforts made by the ministry to achieve freedom from the disease in the protection zone of Namibia,’’ the politician stressed.

‘’Furthermore, it will also negatively affect the trade agreements that Namibia recently signed with countries such as Ghana on the export of meat and meat products from the NCAs.”

The Namibian Police have been requested to support the ministry by continuing to conduct patrols along the border to prevent the illegal cross-border movements of livestock.

Disease outbreaks have the potential to severely affect and paralyse the economic activities of a country and the livelihoods of farmers and their dependents, as well as food security at the national and household level.

Notably, FMD outbreaks also have diverse negative effects on trade in animals and animal products as many countries in the world that are free from FMD will not accept meat from an infected country or zone.