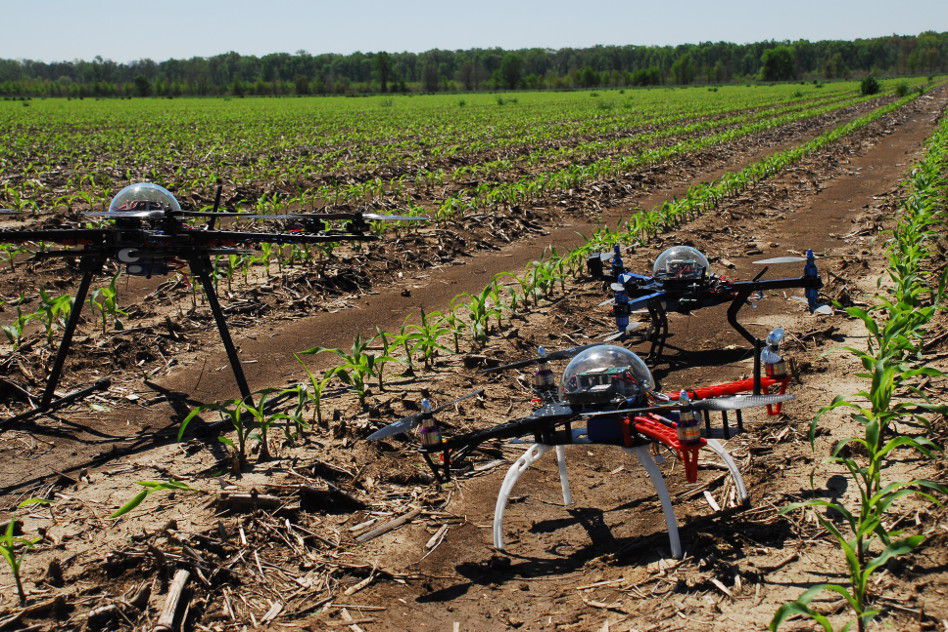 If you look into a city-sky, you’ll probably see a plane or a helicopter once in a while. Fast forward to a few years from now, city slickers will be very likely to see some spider-like vehicles hovering up there, serving as security cameras or delivery vehicles.

And by the looks of things, this will happen sooner rather than later. Take the day of the verdict in the Oscar Pistorius trial as an example. It wasn’t just the accused that attracted the attention of the crowds waiting outside the High Court building. A drone also attracted its fair share of attention while it hovered above the scene to capture images of the fracas.

These flying machines are very likely to gain an increasing presence in our everyday lives. Earlier this year, online retailer Amazon caused a stir when it announced plans to start delivering packages to homes within 30 minutes using drones.

Considering the surveillance and delivery capabilities of this technology, the benefits of using drones in the agricultural space seem endless. In one of his earlier blogs, Greg Miles mentioned how drones could make the monitoring of watering troughs, livestock and the scanning of crops easier.

Affordability and size are definite drawcards, with prices varying between US $70 and US $70,000 and the length of a typical drone measuring around 1,5m. Range and controllability shouldn’t be a concern, with many drones programmed to return to the spot it took off from if it moves out of range. The only concern, it seems, is user friendliness.

In his article, Farming with Drones: No Single Solution, Ben Potter writes about the “negative reflex” we tend to see with new inventions, which leads to a delay in the uptake of technology like drones. Many farmers are unlikely to have the time to learn fly their drones, or to sift through all the data acquired from them. But as the technology progresses, it will hopefully become more accessible and less time-consuming to adapt to it.

A functionality I’m particularly excited about is some of the agricultural drones’ ability to collect data that’s not always visible to the human eye. Just imagine – no more walking, driving or flying planes to survey your land; simply launch your own drone (which you probably bought online) from your backyard to monitor soil moisture, crop disease or the body temperature of your cattle through an attached camera’s infrared imaging.

This could lead to substantial savings and increased efficiency with irrigation and the use of pesticides as we move into an era of data-driven agriculture. And if the idea of delivering a normal, day-to-day items by drone really does become a reality, urgent deliveries in the agricultural space could also be much, much easier and more cost effective.