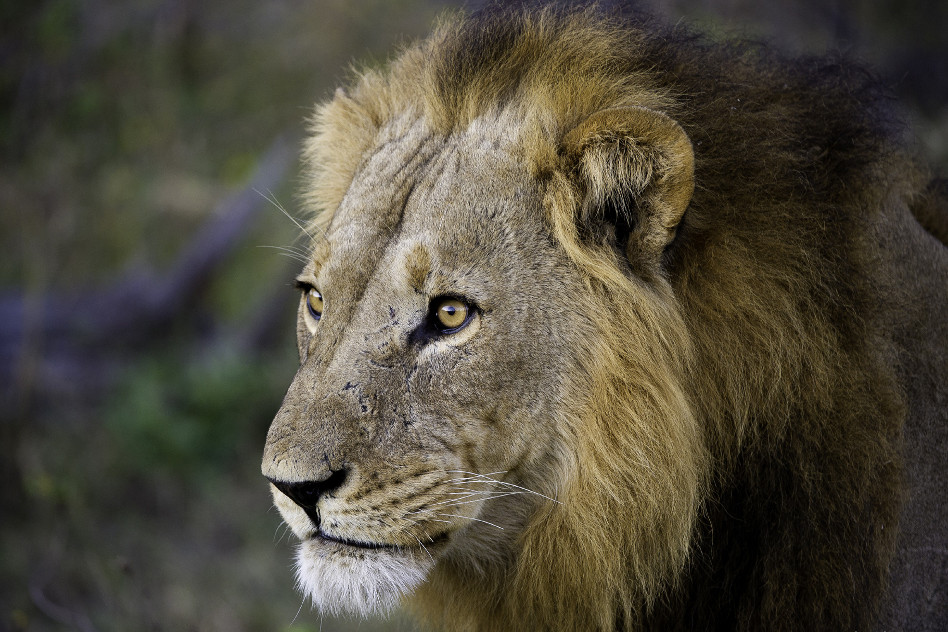 It was the middle of the night when farmer Dominic Machili heard the dogs barking near the cattle kraal.

He ran out with a friend who had a gun, fearful of another lion attack. Last week lions took three of his cattle. The kraal, a ring of thorny Acacia karoo, was not enough to keep the predator out. It had broken through a thin section and dragged a cow away into the bush. A warning shot fired by the farmer was not in time. Machili had lost another cow.

As if the tragedy of losing four of his livestock was not enough, the rains have come too late to Ibeza village, close to the Botswana border post, and to the whole of the region. Many people have only just started to plough – three months late. The chance of a harvest is slim, and the chance that elephants will take the little maize that is grown is significant. Hunger is a real possibility, and with no cattle to sell, food will be harder to buy.

Is this climate change, or El Niño, or just the Namibian drought cycle? Although nobody knows for sure, the villagers know that this is the fourth year of poor rains.

Ibeza village is in Salambala Conservancy, one of fifteen communal conservancies in the region, which have added trophy hunting and tourism to the rural economic mix, previously reliant upon agriculture alone. Salambala earns a considerable sum from trophy hunting. Last year 6 elephants were on the quota issued by the Ministry of Environment and Tourism.

If that sounds harsh, conservancy manager Boniface Saisai spells out the facts. There is no shortage of elephants in the area. Namibia is home to 20 000 of them. The giants so loved by tourists attack villages and raid crops. By allowing trophy hunting, the conservancy earned almost a million Namibia dollars from elephants alone last year, money that is invested in conservation.

Salambala employs 20 game guards who prevent illegal hunting. The income is also used for community projects such as wells and water pumps.

Meat derived from trophy hunting and a quota for ‘own use’ hunting is another valuable source of income for conservancy residents. Last year 3 buffalo were part of the hunting quota and another was harvested for meat. Buffalos often raid crops, for which there is no compensation.

But the conservancy does compensate residents for crop losses to elephants and livestock loss to predators through a self-reliance scheme initiated by the environment ministry. The scheme started off with the government giving every conservancy N$60 000 from the Game Products Trust Fund, which is income from trophy hunting. This money should be matched by conservancies, which Salambala is able and willing to do. Farmer Machili could be paid N$1 500 for each of the cows he lost.

But to be compensated, a farmer must prove that he took reasonable precautions to protect his cattle. The incident must be reported to the conservancy within 24 hours, and a game guard has to verify the incident using an event book. The guard will examine the kraal, check the tracks, and make a report.

Martin Nandu is Salambala’s chief game guard. When he visited the scene things were pretty clear. He could see where the lion had dragged the kill into the bush. The hide and some intestines of the cow were still there. The lion had retreated after the shot had been fired, and had rested in the sand, possibly planning to return. The print of the body, and even the tail, was fresh and clear on the ground.

Beyond were the bushes where the lion had hidden, waiting for its chance. Just four kilometres away is Botswana’s Chobe National Park. It is easy for lions to leave the park during the dry season and follow the buffalo to pools close to farms where they drink, and even easier to attack the cattle.

One solution is better kraals. Several were built last year in other areas of Zambezi, with money from the Kwando Carnivore Project, but ultimately the farmers themselves will have to take the initiative. Game guard Martin Nandu advises on kraal construction, but says that farmers are slow to change their habits. The recent lion attacks might help them to think differently, before it is too late.