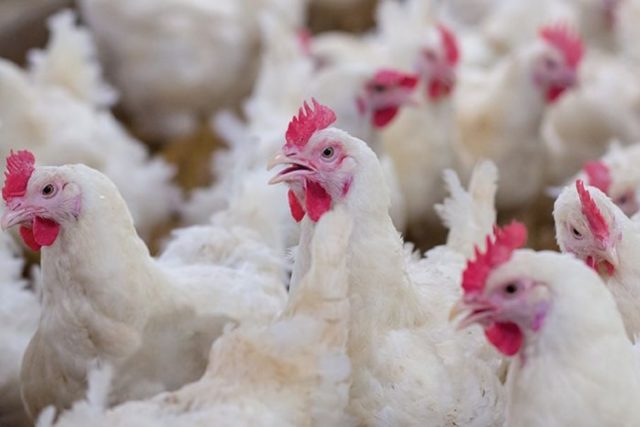 Following the detection of new avian influenza outbreaks in South Africa, Namibia’s agriculture ministry has suspended all imports of poultry and poultry products from the neighbouring region.

Following the death of about 300 chickens at a commercial egg-producing chicken farm in Ekurhuleni, east of Johannesburg, Namibia suspended imports last month. The H5 strain was included in all of the farm’s samples.

The southwest African nation extended the ban on poultry to all South African farms following an outbreak on a further eight farms.

Consignments containing poultry products packed in their final packaging on or after March 19 will be refused entry into Namibia, a statement from the agriculture ministry said.

However imports of poultry and their products in transit through South Africa from other countries not affected by the avian influenza outbreak will be allowed, the ministry said.

Last month, neighbouring Botswana also banned the import of domesticated and wild birds from South Africa due to the outbreak of avian influenza.

After an outbreak of the highly pathogenic H5N8 strain of avian flu in 2017, which saw poultry farmers culling millions of birds, neighbouring countries including Zimbabwe, Namibia and Botswana banned poultry imports from South Africa.

The H5N8 strain of avian influenza is highly pathogenic among fowl but poses little risk to human health.