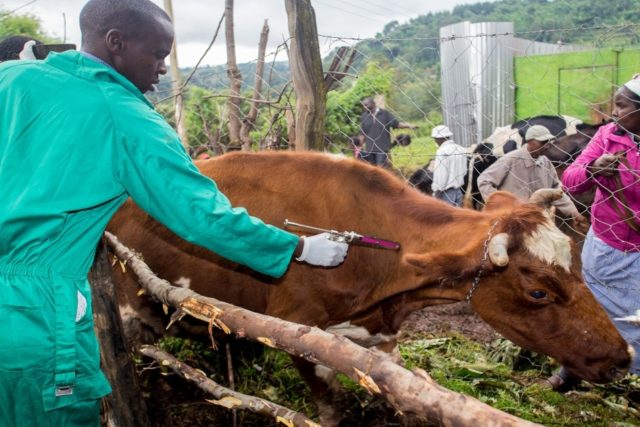 Namibian Ministry of Agriculture said on Wednesday has revealed that the country has been hit by another outbreak of highly contagious foot and mouth disease after the detection of infected cattle in the northern regions of Oshana and Ohangwena.

The country’s chief veterinary officer Albertina Musilika-Shilongo said the neighbouring regions of Oshikoto, Omusati and Kunene north have been declared disease management areas in attempts to stop the further spread of the outbreak.

Movement of all live cloven-hoofed animals within and out of the areas has been banned with immediate effect.

The government has also banned the transportation of other potentially infectious commodities out of the affected areas such as hides, skins, game trophies and plant materials.

Eight of the country’s 14 regions have now been affected by the restrictions on movement.

The disease, which does not affect humans but causes lesions and lameness in cattle and sheep, was first detected in the Ndiyona constituency in the northern region of Kavango East at the end of September.

A month later, it spread to the neighbouring Kavango West region and Shighuru village which is also in the Kavango East region.

Namibia’s prized free-range, hormone-free beef has seen it penetrate the lucrative Chinese, European Union and American markets. But there are strong fears that any further spread will result in a cattle export ban which could be devastating for the country’s economy, which was expected to contract by a record 7.3% in 2020, according to Bank of Namibia estimates. (Reporting by Nyasha Nyaungwa; editing by Olivia Kumwenda-Mtambo, William Maclean)