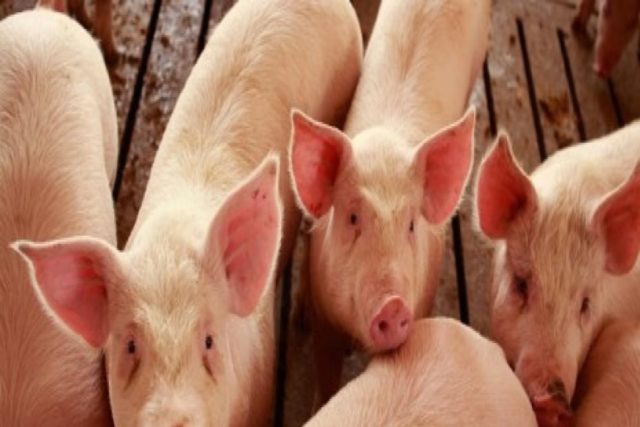 According to the 2014 National Agriculture Census conducted by the Namibia Statistics Agency (NSA), there are approximately 87 206 pigs countrywide and more than 50% are found in the communal areas of Northern Namibia.

Indigenous or local breeds make up more than 50% of the pig population in the country. Pigs are reared for various meat products such as pork meat, bacon and as an ingredient in other products such as sausages and polony.

In a country that has been affected by recurring droughts, livestock farming (cattle, sheep & goats) has been drastically affected making it an expensive industry to operate in due to the feeding costs that farmers have to incur for sustaining their livestock numbers. Pig farming presents a diversification option that farmers can consider.

Significant potential exists in the piggery sector which has a few commercial pig producers who enjoy a fair share of income from the sale of slaughtered pigs to butcheries, which in turn sell finished products such as ham, bacon and sausage to households.

When farming with hogs (pigs as fondly known), it is of great importance to have access to registration regulations administered by the Directorate of Veterinary Services. These regulations guide a proper construction, fencing of premises and mandatory vaccinations that must be adhered to when rearing pigs.

There are numerous beneficial factors associated with pig farming that one can take note of when considering pig farming as a business venture or a means of generating income to sustain his/her livelihood. Pigs are highly productive animals that can have 3 litters (birth) per 12-month period, and in the case of good breeds, a sow (female pig) can have about 7 to 8 piglets per litter. This enables the expansion of the pig herd in a short period.

On a more relaxed plan of production, one sow can have about 2 litters per year with an average of 26 piglets and taking into consideration mortality, 21 piglets can be weaned. Pigs are good to feed convertors and can be fed almost everything that is considered kitchen waste (except for meat products and onions) and, garden waste such as loose leaves of spinach, cabbage and other vegetable wastes. Pigs are tolerant of harsh conditions that are prevalent in Namibia, making them a suitable livestock species that can be kept almost anywhere within the country‘s borders.

The indigenous pig breeds are highly disease resistant and at times have been proven to need little vaccination to thrive. Finally, pig farming offers many households a good source of protein when consumed with the staple porridge maize or mahangu meal.

When looking for new business ventures in agriculture, pig farming presents an opportunity with great potential. However, one must familiarize themselves with the guidelines and standards that are put in place by the Ministry of Agriculture, Water & Land Reform’s Directorate of Veterinary Services. One must be registered as a pig producer and products associated with pig farming. In this enterprise, one can enjoy income generated from the sale of carcasses to butcheries, weaned piglets sold to other farmers as breeding stock and from the sale of pork products such as bacon, ham and sausage.