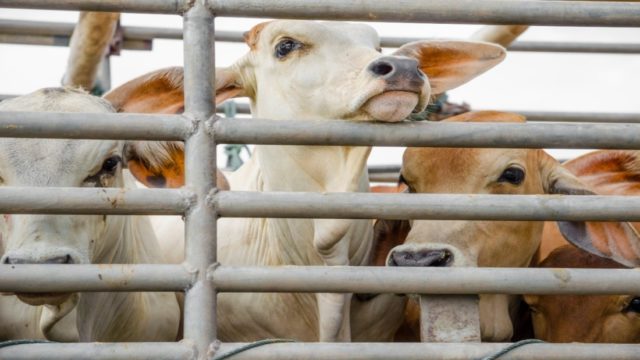 The collar is fixed to one animal or a select few, but is used to monitor the herd. If any abnormal movement is detected, the system alerts the relevant person, for example the foreman, farmer or neighbourhood watch.

“They then use the app to track the animal in real-time, following the detailed information on the app to find the animal’s location and effectively prevent it from being killed or stolen,” says Marius van der Merwe, Product Manager of FarmRanger.

The device – originally the brainchild of Caledon farmer Phillip Lotter – was developed into a commercial product by Stellenbosch-based Etse Electronics, which falls under the Alphawave Group. Initially, it used a radio network, but was later moved to cellular. Today, over 4 000 units are being used at over 2 000 farms across SA and Namibia.

It’s taking on a significant problem. At the end of 2018, it was reported that the last financial year saw 29 000 cases of livestock theft in South Africa. This costs billions, taking its toll on the agricultural economy.

A UNISA study found that some R1.3bn was lost to livestock theft in a single year.

“Agri-tech has the potential to mitigate the loss of livestock, to reduce financial pressure on the agricultural industry and to minimise the burdens of distance and real-time responses to livestock threats,” says Van der Merwe.

In addition to providing the farmer with relevant alarms and information, the app shows daily location updates, historical animal positions, and collar data, such as battery level. The battery life is up to six months.