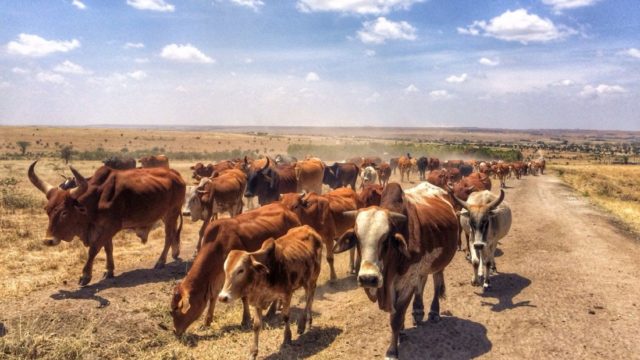 Farmers have been urged by the Agricultural Bank of Namibia to get ready for a better rainy season while also continuing to increase their capacity to adapt to climate change through a variety of measures like optimal rangeland management, optimal restocking, and farm diversification.

Agribank’s most recent newsletter for August 2022 included this piece of advice.

The bank said the approaching rainfall seasonal outlook is promising, and farmers should thus ensure they benefit from it. However, the report cautioned that an uneven distribution of rainfall across and within production zones remains a downside climate risk.

Agriculture in Namibia contributes around 5% of the national gross domestic product, although 25% to 40% of Namibians depend on subsistence agriculture and herding. Primary products from this sector include livestock and meat products, crop farming and forestry.

According to the bank, the government’s plan to return to pre-2016 growth remains intact, against a backdrop of shrinking revenue coffers. The growth revival plans hinge on the expected recovery in the agriculture and forestry sector (better rain and rising forestry activities), coupled with robust growth in the mining sector.

Delving into the cattle industry, the newsletter stated that at least 22 967 cattle were marketed in July 2022, which translates into an 8% decrease from 25 090 marketed in the prior year.

Weaner exports continue to dominate, increasing by 14% to 15 272 from 13 448 in the prior year. This, according to the bank, can be attributed to higher weaner demand and prices in South Africa. Cattle inventories across the globe remain below pre-Covid-19 levels, while demand for livestock products (wool and beef) has increased. Agribank noted that South Africa is no exception, and the prices for livestock have thus increased, prompting more weaner exports from Namibia.

“The outlook for cattle farmers remains a mixed bag. On one hand, cattle prices in 2022 are higher compared to 2021. On the other hand, input expenses are rising. With farmers facing increases in both feed and non-feed input costs, it remains questionable as to whether cattle price increases are enough to offset high production costs,” Agribank stated.

According to the Bank of Namibia,

the agriculture, forestry and fishing sector is projected to grow by 2.9% and 3.2% in 2022 and 2023, respectively, representing an improvement from 2% in 2021. “Livestock farming is expected to recover to 5.1% in 2022 from a contraction of 2.2% in 2021, supported by increased marketing activity. During the first four months of 2022, the number of cattle marketing increased by 18.9%, while that of the small stock market fell by 31.4% when compared to the corresponding period in 2021. Cattle marketing has a bigger weight in total livestock marketing, and hence explains the projected significant growth,” said the central bank.