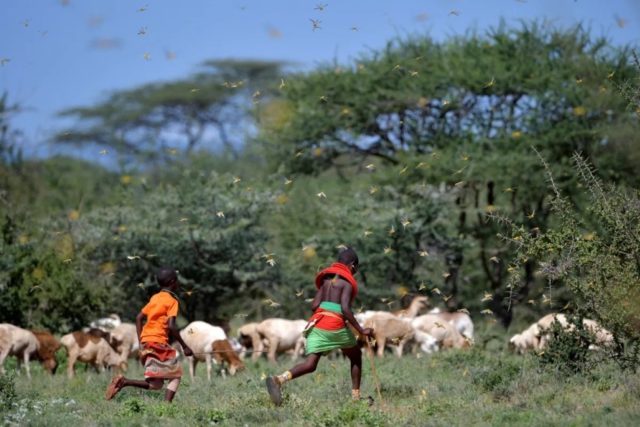 Namibia has revealed that a breakthrough against migratory locust has been realised after the Namibian Defence Force (NDF) deployed a plane to the region last month to intensify the fight against locusts that have invaded the whole region and destroyed 500 hectares of grazing land.

The outbreak in the Zambezi region has reportedly been brought under control after a team of experts fought the plague for several weeks.

The locust swarm was reported on 12 August 2020, notably at Muzi, Namiyundu, Ivilivizi, Lusese, Ihaha, Nakabolelwa, Masikili, Malindi, Ibbu, Ngala, Muyako, Mahundu, Machita, Kikiya, Kanono, Muketela, Linyanti, Chinchimani and Kapani areas. The University of Namibia (Unam) interdisciplinary team also joined the NDF and agriculture officials’ teams in the Zambezi to contribute to the fight against the locust outbreak that has been ravaging the continent.

In an interview yesterday, Zambezi regional governor Lawrence Sampofu confirmed the situation is now under control since various stakeholders teamed up.

“We are still spraying these locusts. The situation is under control. We have people spraying on foot and vehicles. We are also using the aircraft for aerial spraying. In the areas we sprayed, the pests are minimised but they are still coming back,” he updated.

The aerial spray seems to be the choice of tactic to contain the migration of the swarm inland.

Unam scientists have determined a pattern of migration and feed this information to the air force for finding and spraying the pests.

Further, he noted the first pesticides they used were dangerous to livestock. However, after more scientists came on board, they decided to use chemicals that are not toxic to animals such as cattle in the affected areas.

This he said means villagers are no longer required to relocate their livestock before spraying can take place. Other strategies of containing the swarm have been hotspot tracking, which is a method of determining the migratory behaviour of the locusts, and then trapping them at night while they sleep to harvest them and use them as fish and chicken fodder.

Unam has also been at the fore of engaging communities to educate them about what is happening to manage the government’s response appropriately.