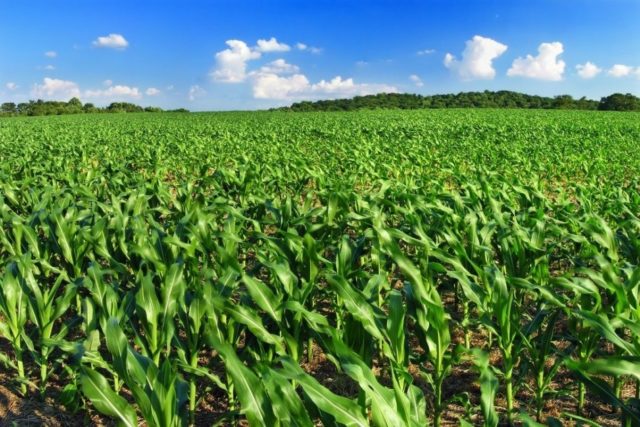 CEO and Statistician-General of the Namibia Statistics Agency (NSA) Alex Shimuafeni said the main driver for the improved performance stems from an increase in activities of the crop farming subsector, which posted a massive growth of 296.7% in real value-added, compared to a decline of 61% in the corresponding quarter of 2019.

“The exceptional performance in Crop subsector arises from favourable rainfall experienced during the rainy seasons resulting in a bumper crop harvest,” said Shimuafeni.

However, the Livestock farming subsector recorded poor performance in Q2 2020, registering a decline of 78.2% in real value-added, compared to a growth of 7.7% in the corresponding quarter of 2019. Shimuafeni said the poor performance emanated from declines in both cattle and small stock.

“Despite the good rainy seasons experienced, prior consecutive drought periods that were experienced have severely impacted on the stock-herd and the available marketable animals. The imposition of the lock-down further reduced the number of livestock marketed as limited auctions took place. In terms of large livestock marketed, the activities dropped by 49.8% relative to an increase of 46.9% in the same quarter of 2019,” he elaborated.

Furthermore, live cattle exports declined by 72.6% in Q2 relative to an increase of 45.3% in the corresponding quarter of 2019. A similar trend was observed in small stock marketed to abattoirs and butchers and those exported live, which dropped by 65.2% and 53.2%, respectively. However, for both, inventory changes show a recovery trend due to restocking resulting in low numbers of animals available for marketing. Meanwhile, the Bank of Namibia, in its quarterly bulletin revealed that weaner prices for cattle rose by 46% to N$31.47 per kilogram during the second quarter. This was because farmers were marketing fewer animals as a result of restocking activities. However, beef prices declined slightly by 0.3%, year-on-year, to N$43.72 per kilogram.

The suspension of the small stock marketing scheme meant farmers no longer had restrictions on the number of small stock they could sell outside the country. Farmers were initially required to slaughter one sheep locally for every sheep exported live to South Africa. The restriction was suspended in August 2019 by the Ministry of Agriculture for one year, pending further review.

A local economist Mally Likukela last month said the government should not pin all hopes of economic reform and recovery on agriculture, as this sector is more exposed to numerous challenges. He said, domestically, the drought is containing the sector while outside, international price fluctuation is another challenging factor.

Also, Research Associate at the Institute for Public Policy Research (IPPR) Dietrich Remmert noted that low budget allocation to the agricultural sector hampers its development and does not attract enough investment, as its investment levels have remained fairly constant since Independence.

Consequently, the overall economic performance of the sector has declined since Independence regarding the overall contribution to the country’s GDP.