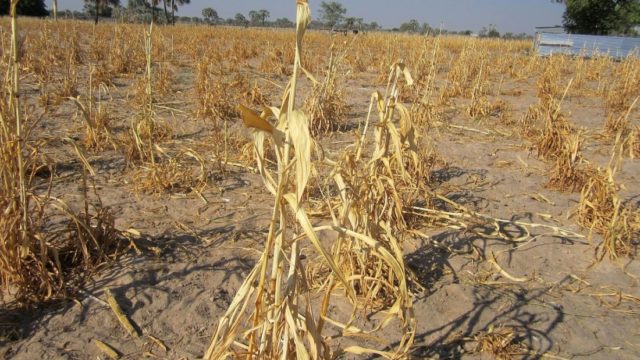 Considering the extent of farmers’ debts in Namibia, it is anticipated the post-drought recovery will take three to five years.

Livestock producers are rebuilding herds, which means the number of cattle and sheep marketed in the first quarter of 2020 was reduced with 31,4% and 59,2%, respectively – affecting the sector’s output.

Researcher Bertha Ijambo says the marketing of a large amount of breeding stock for the past few years compromised the reproductive capacity of the Namibian livestock sector, putting pressure on the rebuilding phase after the drought and ultimately affecting agricultural productivity.

She says destocking took place during the drought to prevent major livestock and financial losses.

“The good rains received broke the spell of drought and marked the beginning of a restocking phase,” Ijambo says.

This indicates an estimated decrease of 22,9%.

“This means throughput to export abattoirs reduced drastically by 56,6%,” she says.

Ijambo says the trend of reducing slaughter and throughput numbers is attributed to the fact that farmers now have fewer animals to market.

In 2019 a significant number of cows were auctioned.

She said the country received good rains in cattle-producing areas, which improved natural pasture and in turn increased the marketing of medium-sized cows by 8,2%, while the marketing of lean cows declined by 31%.

The NAU cautioned the Covid-19 pandemic could negatively influence investments in the agriculture sector.

The current budget allocation to the Ministry of Agriculture, Water and Land Reform indicate disinvestment, the union says.

Namibia’s agriculture sector sustains about 70% of the population and supports a great part of the rural economy.

The review found producers continue to pay more for a “basket of inputs” used in the production of livestock than what they receive for livestock sold.

As a result, producers had to advance their productivity and efficiency by 3,1% per annum for cattle, and by 0,7% per annum for sheep for the past 14 years.

“This is an indication that on a year-to-year basis the agri-inflation rate increased by 3,1%,” Ijambo says.