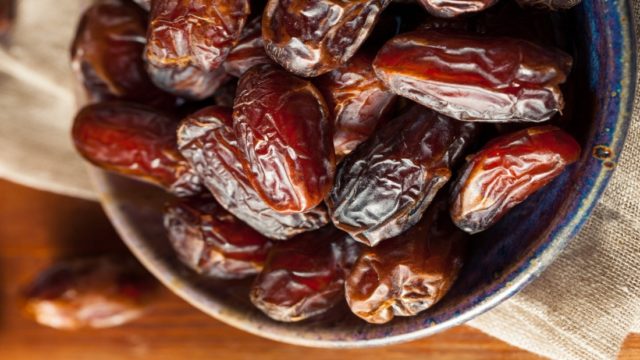 Mariental locals seem to have found use of the abandoned Edel Dates Farm as they are now harvesting the dates from the farm for free and selling them on the streets.

The farm which was one of the country’s prime date exporter is owned by Octant Investment Pty and has been closed since the owners abandoned the project and closed the farm in July last year.

The business was an employment source to 20 permanent workers and about 100 seasonal employees before it closed.

According to the caretaker at the farm, Linus Hitewa, the company closed down because of the drop in the water level in the Hardap Dam and the owners gave locals permission to collect and consume the dates.

“For now, the company is closed because there is not enough water in the dam. People from the location can eat the dates; we have permitted them to eat the dates,” he said.

However, according to various sources, the date farm, which was considered one of the biggest date farms in the region, closed because of the ongoing legal dispute between the two owners of Octant investments and SOMNAM investment.

“I come here to collect dates which I can sell to get an income. We do not always fill buckets like today. Sometimes we only fill up plastic bags to sell in town,” said Ivan Skrywer, a community member who has been coming to the farm daily since December to collect dates and sell on the local streets.

Also, Julien Pienaar and Christina Saal heard about the farm from their friends in the location.

“Some people come here to collect dates, some sell and others eat. They are even dry, some are not ripe yet. This is my first time here and I do not sell the dates, I just eat them,” said Saal.

Pienaar, who was accompanied by her three young children, also said it was her first time at the farm and that she went to the farm to collect dates for her family to eat.

The farm caretaker, however, expressed disappointment with some locals who come to the farm under the pretext of collecting dates, only to steal and vandalise the property.

“During the week, it is quiet, but during the weekend the entire location comes here to collect dates and I am advising them to stop stealing the things on the property.

He said the only problem he has observed is the theft. “But if they come here to eat, we don’t have a problem. They should stop stealing and damaging the things belonging to the company,” Hitewa warned.

The company used to export dates mostly to the United Arab Emirates and South Africa and also sold some locally.