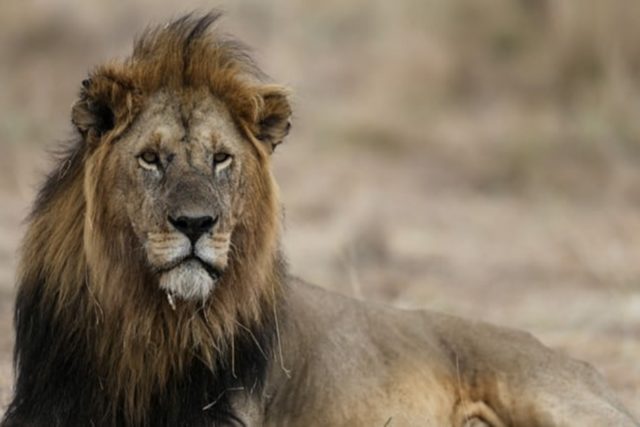 The lions, a male and a female, slaughtered 10 sheep and 66 other livestock, according to Immanual Gurirab (58), the owner of the killed cattle.

“It was my livelihood. I paid the livestock herder from my farming income, and also supported my three children’s education through it,” he said on Friday.

The communal farmer said of the massacred animals, 22 ewes and nine rams were to be sold on auction.

“On Wednesday they killed two animals and ate only one.

Of the 73 killed on Thursday night, the lions only ate the thighs of two animals and left the rest without eating them,” Gurirab, who has been farming for more than 35 years, said.

He said lions last month killed a pig at the farm, and a donkey and a horse last year.

He said hyenas have also been a nuisance at the farm.

Before last week’s attack, members of the Namibian Lion Trust Foundation camped out at Leeukop to frighten off lions, but this was unsuccessful, Gurirab said.

“They were shooting in the air and the lions ran away, although they didn’t go far,” he said.

Gurirab said the Ministry of Environment, Forestry and Tourism earlier this year promised nets would be set up around the kraal, but only delivered this after the lions had already killed animals.

“They arrived too late. When will they complete the nets for the kraal?” he asked.

He, however, said it was a matter for the environment ministry.

Ministry official Viva Tjivikua confirmed the incident, but declined to divulge more information, as “I’m not allowed to do so”.

Gurirab said lions have frequently been attacking his animals over the past years.

He blasted the ministry’s human-wildlife conflict scheme for compensating farmers with less than market value when they lose livestock due to predators.

“What does it help to get less money from the government for one’s livestock? It’s useless as one can’t buy anything back,” he said.