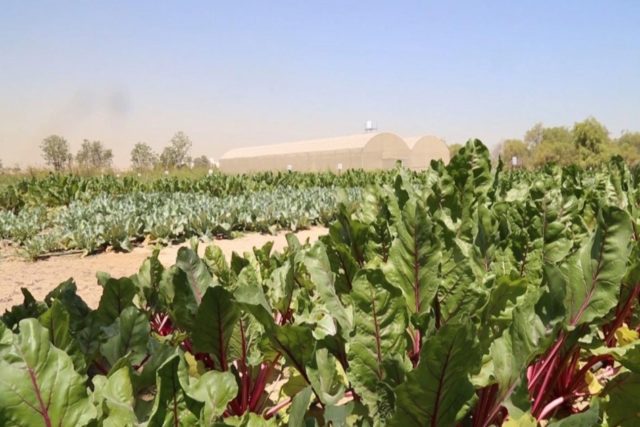 Climate change is putting a strain on the country’s commercial and community food production systems, according to a government report.

The state has issued a warning in an invitation to various players in the food production sector to engage in a national debate to develop better ways to increase food production through the Ministry of Agriculture, Water, and Land Reform.

On Wednesday, the offer was extended via a press release.

According to official analysis, subsistence farmers in the northern regions are significantly more exposed to the effects of climate change than commercial farmers.

“Namibia’s climate and largely semi-arid and arid conditions are expected to worsen the variability and intensify of their impact on the economy and general livelihoods,” the statement read.

The agriculture ministry’s analysis shows that smallholder and subsistence farmers struggle with access to inputs, including water.

Low levels of agricultural production in communal areas are partly due to limited available land, which “consists of 34% of the total agricultural land in Namibia able to support economic crop and livestock production”, the ministry said.

Furthermore, the low levels of productivity in the communal crop-farming subsector are partly due to smallholder producers using outdated agricultural technology.

Poor soil conditions and prolonged and frequent drought spells have enhanced the loss of output from farmers’ land.

The ministry and partners said climate change poses a particular threat in reducing the amount and reliability of rainfall and increasing evaporation due to rising temperatures.

“This will decrease the availability of already scarce water resources,” said the ministry.

On the livestock sector in the communal areas, the ministry’s findings revealed that producers’ productivity is constrained by high frequencies of drought, overgrazing, and a low calving rate.

Furthermore, the low off-take rate, traditional farming practices, as well as exclusion from lucrative markets due to the frequent prevalence of foot-and-mouth disease in the Zambezi region are major factors in productivity.

Despite the environmental setback, the agriculture ministry has highlighted that climate change creates opportunities for agri-innovations, particularly those that focus on drought resistance and the expansion of irrigation.

“This is partly because local production is not sufficient to meet local demand,” she said.

According to her update, for white maize, the projected demand from May to October 2021 stands at 70 000 tonnes.

Meanwhile, the expected harvest to be marketed to processors and silos from Namibian producers for the same period stands at 64 039 tonnes.

To ensure sufficient supply, the shortage is supplemented by imports from South Africa, Nanghonga said.

The total projected local horticulture demand from May to October 2021 stands at 48 580 tonnes, while local producers are expected to produce 22 042 tonnes during the same period.

Due to that shortage, Nanghonga said local production of horticulture is supplemented by imports, mainly fruit from South Africa, to ensure sufficient supply.

The Food and Agriculture Organisation’s international food price index has increased on a yearly and quarterly basis in the first quarter of 2021, shows in a Bank of Namibia analysis.

The central bank explained that the increase was led by strong gains in vegetable oils, meat, and dairy sub-indices, while those for cereals and sugar subsided.

“The substantial increase was underpinned by the recovery in global import demand, and tight inventory levels in major exporting countries,” the central bank explained.

National dialogue on the issue started yesterday and will run till 16 August.

The ministry plans to bring together various stakeholders within the food sector, including young people, smallholder farmers, indigenous people, researchers, the private sector, policymakers, environmentalists, and those in the finance sector, among others.

The dialogue will identify the most powerful ways to make the country’s food systems stronger and more equitable, the ministry said.

The dialogues are open to participants from all stakeholder groups with an interest in the relationships between people, food, and the planet, and those involved in national food systems.