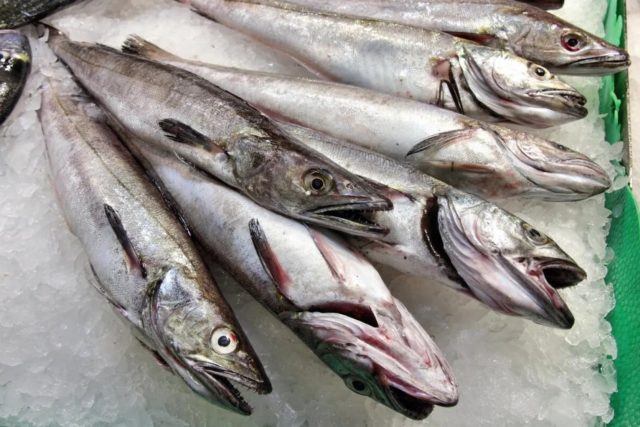 The African country’s hake trawl and longline fishery Marine Stewardship Council (MSC) certification was won last week by a strong campaign to restore Namibia’s hake stocks and eradicate destructive fishing practices. Fishery members hope the eco-label would open up more opportunities for them in the global market, especially in Europe and North America, where demand for sustainably sourced seafood is growing.

After the South African hake trawl fishery, the fishery becomes the first in Namibia and the second in Africa to achieve the MSC level, a reward for the many years that the government and private sector have dedicated to improving the biodiversity of the Namibian oceans and sustainably maximizing the marine resource, said Namibian Hake Association Executive Secretary Ron Wolters.

The Namibian hake fishery was independently assessed by global inspection and certification contractor Control Union and confirmed to be meeting the three principles of the MSC Fisheries Standard, which includes stock health, environmental impacts and effective management. The fishery scored an average of 80 per cent in the 28 performance indicators within the three principles.

During the assessment for certification, the Namibian hake fishery exhibited resilience and strong performance backed by “availability of data for hake stock assessment and harvest strategies, having in place measures to minimize bycatch, a ban on discarding commercial species, presence of measures to minimize impacts on demersal habitats, and an established and transparent rights allocation process,” according to MSC Senior Program Manager for Africa, the Middle East, and South Asia Michael Marriott.

The MSC certification is likely to result in “price premium, access to markets, or even leverage with government,” Marriott said.

Marriott said that the desire for MSC certification by Namibia’s hake-fishing companies could partly be attributed to the “increasing demand for certified whitefish, particularly in higher-value markets.”

“Having independent verification of environmental performance can influence a fishery’s status in seafood rating systems, and also the likelihood of fulfilling the expectations of supply chain buyers,” he said.

Wolters, who serves as a representative of the fishery’s members, confirmed the certification will ease accessibility of certified Namibian hake to global markets such as Europe, where retailers prefer stocking certified fish and seafood products.

“Having the MSC certification means we can get top dollar for high-quality products, and that benefit is kept locally,” he said.

The fishery’s hake resource comprises of up 90 per cent of the shallow-water hake, while the country’s deeper waters are home to the deepwater hake, which is crucial to the freezer trawler fleet, according to the Food and Agriculture Organization (FAO). Namibia now expects to add 160,000 metric tons of certified seafood to the global market expanding further the value of the country’s hake industry now estimated at NAD 3.6 billion (USD 233 million, EUR 197 million).

For Namibia, the MSC certification comes at an opportune time when the fish and seafood markets in Europe and North America are increasingly expressing a preference for sustainably certified products as consumers buy more of them. A variety of products from the Namibian hake trawl and longline fishery are mainly sold in southern Europe, but with an expanding demand in northern Europe “access to markets may tend towards more value addition, increasing product opportunities and diversification,” according to the Centre for the Promotion of Imports from Developing Countries (CBI).

“Very likely that sustainability and traceability will become increasingly important for fish and seafood as consumers trust certified products more,” the CBI said.

Stefan Descheemaeker, the CEO of Nomad Foods, which owns Birds Eye, Findus, and Iglo brands, said in an MSC press release Nomad “was prepared to buy more hake due to the certification.” The company has committed to sourcing 100 per cent of its fish and seafood from sustainable sources by the end of 2025.

“With more than 95 per cent of our raw material already externally certified, we are increasing our focus on fish species that make up the remainder of our portfolio, including Namibian hake,” he said. “We have supported the Namibia hake trawl and longline fishery on its certification journey for a number of years and expect to be one of the first companies to bring products made from MSC-certified Namibian hake to European consumers.”

The fishery’s members still have work to complete to improve its sustainability metrics. The fishery has a total of 15 conditions around stock, bycatch, and management that it has to meet within five years if it is to keep the certification.

“There’s been strong progress in seabird bycatch reduction in the fishery, but there are some outstanding elements that need to be addressed,” Titus Shaanika, a seabird bycatch mitigation instructor from the Albatross Task Force Namibia, said.

But the milestone with the MSC certification should be celebrated, according to Namibian Fisheries and Marine Resources Minister Albert Kawana. Kawana said the MSC certification, which was initially expected in 2019, was a result of “working hard to rebuild hake stocks that were historically overfished.”

Before the association pushed for reform, the fishery had been decimated by years of overfishing by foreign fleets, much of which was conducted while the country was still under colonial rule, Kawana said.

He said the fishery’s certification “is an independent endorsement that our efforts are working, and a signal to retailers, brands and fish-lovers around the world – that Namibian hake is sustainable and here to stay.”