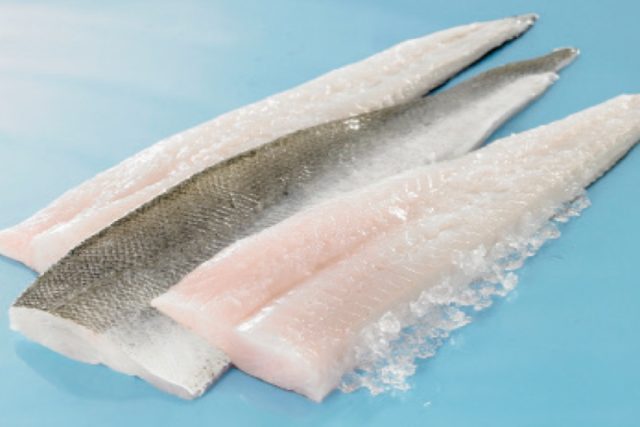 Between January and March this year, fish fillets became a major export commodity, bringing in more than N$1.2 billion in revenue for Namibia.

If this amount is multiplied by 15 months, it equals N$6 billion, or nearly 10% of the national budget.

This amount is more than export earnings from beef, grapes, chicken, and other agricultural and fish products combined, according to data from the Namibia Statistics Agency (NSA), demonstrating how a small amount of value addition to natural resources can boost earnings for the country.

Fish fillet refers to that fish flesh that has been cut or sliced away from the bone. It is a billion-dollar product.

A recently released Agriculture, Forestry, and Fishing Bulletin for the first quarter of 2021 by the NSA show that fish fillets were the main product that was exported in the first three months of 2021 and accounted for 43% of the total export of prepared and preserved fish at N$1,2 billion.

This was followed by pelagic fish which brought in N$830,8 million

Namibia’s export of prepared and preserved fish, crustaceans, molluscs, and aquatic invertebrates’ for quarter one of 2021 stood at N$2,7 billion.

This category accounted for more than 90% of the total export of selected manufacturing commodities from agriculture, forestry, and fishing for the country, which stood at N$2,9 billion in the first quarter.

From all the selected manufactured products exported from agriculture and forestry compiled by NSA for the first quarter, none of them reached half a billion dollars, even for meat products.

Since 2017, meat and meat products only closed the N$500 million mark once, during the third quarter of 2019, the bulletin shows.

During the quarter under review, Spain was the main market for Namibian ‘prepared and preserved fish, crustaceans, molluscs, and aquatic invertebrates’, claiming 38,9% of the group exports.

Spain is followed by Zambia 12,7%, South Africa with 12,1%, the Democratic Republic of Congo with 7% while Italy and Mozambique registered a share of 6,3% and 6,2%, respectively.

A share of 16,9% was exported to other countries, the bulletin shows.

It has also been revealed that not only are the country’s marine riches exported to many countries but with a little value addition more can be derived.

Earnings from raw exports of fish and other fishing products in quarter one of 2021 stood at N$57,7 million.

Wild cuttlefish and squid raked in N$11,3 million, while, wild crustaceans registered export earnings of N$7,6 million in the first three months of 2021.

Total landing of these species from fishing ventures stood at 89 148 metric tonnes, decoding into a decline of 13% for the first of 2021 when compared to quarter one of 2020.

The decline recorded in the volume of species landed was mainly reflected in all species with an exception of tuna that recorded an increase of 347,3%.

Despite it not being the biggest export earners, horse mackerel recorded the highest landings of 48 839 metric tonnes followed by hake with 37 800 metric tonnes.

In real terms, the sector recorded a decline of 2,8% in the first quarter of 2021 mainly due to the livestock sub-sector that contracted by 7,5% in real value-added.

The decline in the sector was mainly reflected in livestock farming that declined by 7,5% better off when compared to a decline of 15%, recorded in the corresponding quarter of 2020.

The fishing subsector also recorded a decline of 0,5%, better off compared to flat growth recorded in quarter one of 2020.

However, crop farming performed better, registering a growth of 1,8% in real value-added as opposed to an increase of 1,4% that was registered in the same period of 2020.

At the subsector level, the highest contribution was recorded in livestock farming with a share of 4,9%, followed by fishing with 2,6%, while forestry recorded the least contribution to GDP of 0,3%.