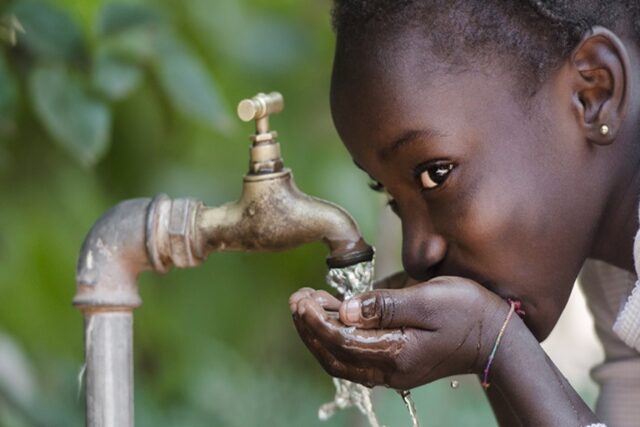 CommonWaters Namseb, a non-profit organization, is working to restore the dignity of farmers in the Daweb constituency by ensuring that they have access to clean and safe water for domestic and agricultural use.

The organization is in charge of putting CommonWaters e.goals V.’s into action, a German-based organization that helps communities in the Hardap region deal with water-related issues.

The Namseb branch, which was established in March of last year on the advice of the Ministry of Agriculture, Water and Land Reform’s directorate of rural water supply, has invested around N$1 million in borehole rehabilitation.

Guido von Wietersheim, the founder of the project, said since its inception, the organisation has replaced 16 diesel-operated pumps with modern solar pumps and installations, as well as replaced old and obsolete installations.

“Sixteen communities who one year ago didn’t have water, now have safe water. We have invested on average N$50 000 per borehole, including the pump, panels, crane, labour and transport. Some boreholes are more expensive like the deeper one might be about N$70 000 or N$75 000, and you get the very shallow ones which go for about N$35 000 to N$40 000,” he explained.

While installations are currently done in-house, Von Wietersheim hopes that they will train community members as part of a skills transfer initiative for self-reliance and maintenance of the installations in future.

The organisation is also looking at partnering with other governmental and non-governmental organisations to develop the skills of communities that have benefitted from their project.

“The aim is to later also get young people into the organisation so that they can learn how to install the pumps, to maintain them, and take over branches of this project. That is our mission,” added Von Wietersheim.

The organisation is likewise looking at drilling new boreholes, tackling the purification and desalination of contaminated water, as well as harvesting rainwater by cleaning existing ground dams and creating new dams. Speaking at the official launch of CommonWaters Namseb, Hardap governor Salomon April called on the beneficiaries to appreciate the efforts made by the organisation and to take care of and guard the pumps installed on their farms. He also urged them to look at venturing into other types of farming, such as crop farming.

“We cannot continue to do farming as business as usual. Let this borehole not just give water for household necessities and the animals, but we want to see that you start contributing to the GDP of the country, or at least to the domestic economy. You should start to become a player in the production of food, and thereby contribute to food security,” emphasised April.

Also speaking at the event, chairperson of CommonWaters Germany Horst Erhardt said while money is important to realise