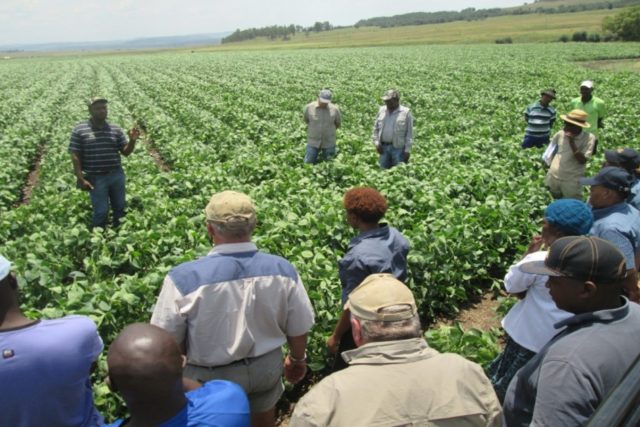 Governor Erginus Endjala of Omusati has urged his region’s youth to view agriculture as a potential economic prospect rather than a pastime.

This year’s late and insufficient rainfall resulted in a low harvest for towns in the region’s southern reaches.

In addition to the lack of rain, farmers in the region did not get planting seeds in a timely manner, resulting in a lower yield.

As a result, the region’s food security has plummeted, leaving many communities food insecure.

Despite the drop in food security, food prices have also drastically increased, calling for a finer approach to food security in the region.

“By treating agriculture as a business, we shall improve in food self-sustenance,” said Endjala during his recent state of the regions address.

He said the region needs to shift from just being consumers to becoming producers so that they stop relying on imported food.

He stressed that it remains the region’s wish to formalise the informal agriculture market to enable produce from the region into the national procurement system.

Although a directive was already issued by the government for public institutions to source produce from the local market, Endjala, in an interview with New Era yesterday, said much still needs to be done for the successful implementation of the directive.

At present, Endjala said although there is political will for the successful implementation of the directive, he stressed that the policy directive and the condition of the workers do not speak to one another.

As a result, local producers suffer and continue to not have access to the market.

Another issue that concerns the governor is that some businesses, that are expected to benefit from the policy are fronted by Namibians but are foreign-owned.

The governor said Namibians can supply for the local market.

“During last year’s total lockdown when the borders were closed, we survived on buying local produce which demonstrates that it is doable,” said Endjala.