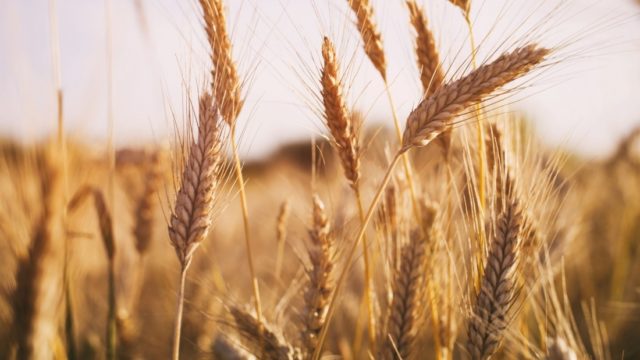 CROP farmers in the Kunene and Erongo regions would be better off switching from growing maize to wheat, as the persistent drought continues to play havoc with overall production in the two regions.

This is the view of the Namibian Agronomic Board (NAB), after conducting a fact-finding mission from 5 to 15 October 2019 on the sustainability and efficiency of crop farming in the Erongo and Kunene regions. Before independence, the two regions grew wheat as their main crop, but since then smallholders have increasingly opted to cultivate maize, a decision that had not borne much fruit given the pervasiveness of the drought in the country.

Lead researcher on the study, Venaune Hepute, said should the sector see a return to wheat as its main crop, the NAB is ready to coordinate the mobilisation of resources, including financial support, training, raw materials, etc. to assist the revival going forward.

“We are at the very start of assisting the smallholder wheat producers in developing a full value chain upon which they would derive their food security needs,” she indicated.

Hetupe pointed out that the initiative, however, still needs to be presented to the board of the NAB through the appropriate advisory structures to solicit the needed assistance.

Wheat has been a staple food for indigenous communities of Kunene and Erongo for generations.

However, after Namibia’s independence, its popularity declined due to the introduction of maize as an alternative crop, a commodity seen as relatively more affordable and available through retail markets. Post-independence, farmers faced with a lack of fodder for their livestock increasingly embraced maize farming as the solution. Low levels of knowledge transfer from generation to generation regarding wheat cultivation have also compounded the decline in wheat as first-choice crop, with farmers at the time also struggling to cope with a shortage of post-harvest processing machines.

Wheat should be cultivated along the riverbeds of the Omaruru and Swakop rivers, as well as on private smallholder plots during the winter months (April to June each year).

Hetupe urged farmers to embrace wheat production, citing the fact that maize, as a summer crop planted during the rainy season, relies heavily on good summer rains to produce sufficient quantities whereas wheat, a winter crop, is far less dependent on rainfall, and thus more resilient in severe drought.

In Namibia, wheat is a “controlled crop”, alongside other fresh produce like potatoes and onions, and its importation into the country is strictly controlled. NAB and Agro Marketing Trading Agency (Amta) work together to establish local production volumes, determine local demand and subsequently regulate the importation of wheat at the border until local production is taken up.

“The above figures indicate a huge deficit and the opportunity to increase locally produced wheat volumes,” said Hetupe.

If coordinated successfully, smallholder wheat producers from the Erongo and Kunene regions may well contribute to the improvement of local wheat volumes, and thereby enhance household food security.

“It is against these statistics that the NAB saw it fit to engage wheat producers from the two regions,” she added