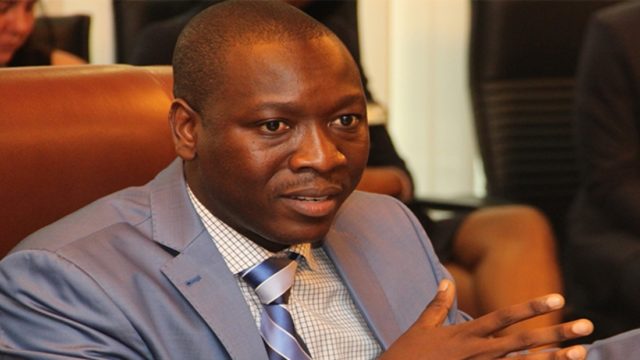 Public Enterprise Minister Leon Jooste believes Meatco’s new CEO Mwilima Mushokabanji faces a daunting task of regaining the confidence from the producers and to retain solvency with assumed decline in throughput as a result of the drought situation.

He is currently the executive director of the Namibia National Farmers Union (NNFU) and starts his new job on 1 February.

“The biggest challenge for Mushokabanji will be to regain the confidence from the producers to prevent further fragmentation of the industry and to retain solvency with assumed decline in throughput as a result of the drought situation,” Jooste said.

He said Mushokabanji will need the best possible team of executives to support him, recommending that efforts are made to retain core institutional memory.

“A new board will be appointed soon and will be key in steering Meatco from a strategic point of view during this complicated period,” said Jooste added.

Jooste also raised concerns over the number of livestock lost during the past six years of drought, saying it will take years to reach the pre-drought national stock levels – and this will continue to put enormous pressure on producers and Meatco as a result.

Mushokabanji holds masters of management in governance and public leadership, a masters of philosophy in cooperate strategy, an honours degree in public administration, a bachelor of art in communication and a diploma in agriculture, among his many qualifications.

Also, Mushokabanji has ten years of corporate and executive managerial leadership experience. He also has extensive experience in the Namibian livestock and agricultural sectors.

In his current portfolio, he played a key role in improving livestock market accessibility domestically, regionally and globally, in addition to successfully designing and implementing a robust and transformational strategy and steering the union towards becoming an authority in the aspects of policy and strategy.

NNFU, under his leadership, was able to achieve a wide national and regional footprint, and it continues to roll out its mandate of increasing food production for household food security, enhance the marketing of farming products, increase participation and recognition of women in farming, and to contribute to environmental protection and sustainable utilisation of natural resources.