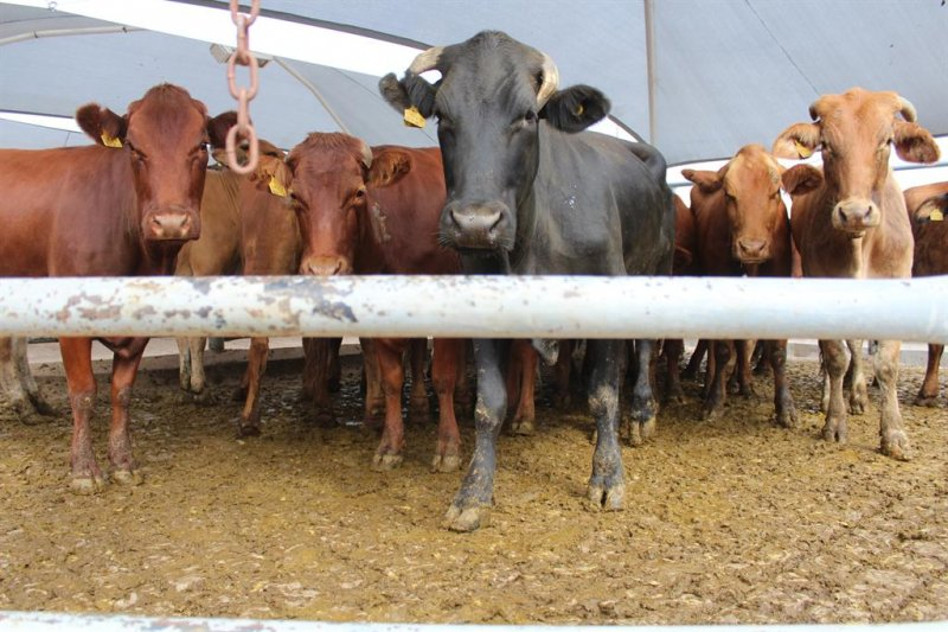 The export of weaners to South Africa has almost doubled since the new and more relaxed import regulations from the neighbouring country came into effect in September.

However, the numbers of sheep exports did not increase significantly with the implementation of the less stringent regulations. This could be attributed to the current drought, as a result of which there are not enough sheep for export.

According to statistics from the Meat Board, 152 963 animals were exported to South Africa from January to June.

Since June, only 14 696 livestock units were exported, but it is expected that these figures will show a steady rise with the more open border policy now in place.

On average around 30 000 sheep were exported monthly before the new RSA import regulations hit Namibia in July. The difference between producer prices offered by Namibian export abattoirs and abattoirs in the Northern Cape being not so huge, considering transport costs its more cost effective to market locally and the demand of the local market for lamb has increased significantly over the past year and a half.

Local abattoirs also offer very competitive prices for lamb. Also noteworthy is that all fat tail type of sheep (produced predominately by communal farmers) are absorbed by the local market, with only 700 fat tailed sheep exported to the RSA thus far this year.

On the side of goats, the only competitive market for Namibian goats are the RSA and there is a small insignificant demand for goat meat in Namibia and this is normally served by buying at the farm gate. Virtually all Namibia’s goats are exported to KwazuluNatal.

According to the latest statistics, more tollies have also started to leave the country. In July, 4 800 tollies were exported to SA, but that figure rose to 5 503 in October.

Drought-stricken Namibian livestock producers had to wait 11 months for it to happen, but a bright light appeared in their dark tunnel two weeks ago when 18 SA feedlots and abattoirs were accredited with the SA authorities to receive livestock from Namibia under less stringent import regulations.

Exports of weaner calves to South Africa could finally resume in September after the registration of only eight feedlots and abattoirs with that country’s directorate of animal health.

This resulted in Namibian weaner exports picking up immediately, although it was way too late to reach the number of some 180 000 weaners that were exported there annually before the strict new rules were implemented overnight in 2013.

Adding another ten abattoirs and feedlots to the already accredited list, is a tremendous relief to Namibian cattle farmers, who have been hard hit by drought, stringent new animal health regulations in South Africa and the closure of Meatco’s Okapuka feedlot outside Windhoek on September 2.

The good news from South Africa followed on the heels of the Okapuka feedlot officially reopening two weeks ago after a zeranol (growth stimulant) scare was resolved amicably between the Directorate of Veterinary Services and Meatco.

The relief measures come in the wake of the Cost Production Index of the past ten years showing that Namibian cattle farmers have endured an eight percent profit loss over the past decade, which makes then 80 percent worse off than ten years ago.

Stock farming is under tremendous financial pressure and the rate whereby costs increase is much faster than any growth income. Weaner and slaughter carcass prices have not remained in step with input costs during 2016 and weaner prices plummeted when export regulations closed the borders to South Africa for all practical purposes.

Agri-inflation is also way higher than the general consumer inflation rate. The financial pressure, coupled with the current drought, the export uncertainties and the temporary closure of the Okapuka feedlot all place a tremendous burden on stock farmers.

The news of 18 abattoirs/feedlots now available for Namibian weaners was greeted with optimism by role players and stakeholders in the N$5 billion per annum industry. The latest developments will ensure better weaner and slaughter prices for cash-strapped Namibian producers at the start of the new rain season.