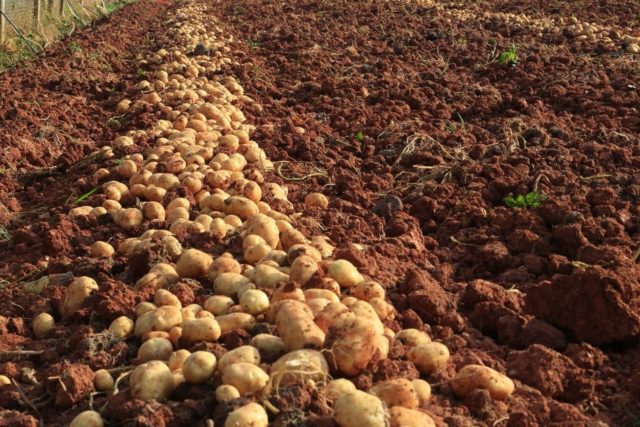 Agriculture Executive Director, Percy Misika, has acknowledged that there is a research deficit in Namibia when it comes to potato development.

The only known research to determine production viability, Misika said, has been conducted on crops such as tomatoes, cabbages and onions among others but not potatoes.

He said the country is yet to produce a scientific study to determine the viability of producing potatoes in the country.

He was responding to an SMS published in the media which suggests that Namibia spends close to N$13 million per month on potato imports and that this trend could continue for the next five years.

According to a report published earlier this month, the country is expected to spend more than N$160 million on potato imports over the next five years.

The average consumption of potatoes is 3 800 tonnes per month and the production forecast for the next five months is that local farmers will only produce 8 121 tonnes of potatoes against a demand of 19 144 tonnes.

Misika said there was a limited number of potato producers in the country and their production of about 10 000 metric tonnes in 2018/19 could not meet the demand.

“Importing potatoes is the only option. There is still scope for local producers to satisfy the local market,” Misika said.

The country imported around, 23 400 metric tonnes of potatoes during the 2018/19 financial year.

Namibian producers also face a challenge of accessing seed potatoes, as they are not produced locally and expensive to import, Misika said.

“Compared to other seeds, seed potatoes are very expensive to import and are needed in large quantities. Currently, most of our green schemes are only producing cereals like mahangu and maize.

However, there are other crops like butternut, watermelon, onion and dates which are produced,” Misika said.

He added that the ministry was currently implementing a national horticulture support programme which supports small-scale horticultural farmers.