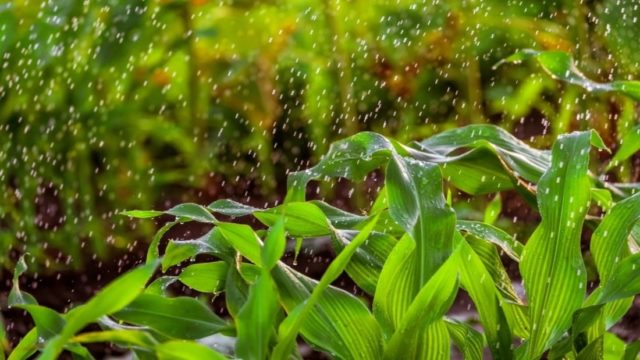 David Namwandi, an academic turned full-time farmer, believes that this year he will have a good harvest, cultivated a large portion of land and hopes that he will reap rewards for him. However, he remains concerned about potential flooding if it continues to rain.

Namwandi and other farmers in the Grootfontein area of the Otjozondjupa region are upbeat about the harvest prospects for this season as good rains have instilled a sense of hope.

The widespread showers in the area have restored the faith of a bumper harvest for the farmers.

Some farmers are already planning on the first harvest of green mealies as early as next month and immediately start with the second phase to be harvested in May. Other crops and vegetables being ploughed include yellow mealies, cabbage, tomatoes as well as grass to preserve for the dry seasons.

“I had a reasonable harvest last year, and this time I am confident the produce will double, hence my hope it doesn’t rain beyond, thus causing destruction. However, I am happy there is sufficient water and grass that can possibly last us until next year,” he briefly stated.

Another farmer, Peter Kawana, said the rain has brought so much financial relief as his electricity bill has drastically gone down. Kawana uses an irrigation system, but since the rain started, he has stopped using it saving him thousands of dollars.

“I therefore also appeal to the government to at least subsidise some irrigation system farmers using electricity because the distributor charges are too high, thus making it difficult for one to progress well,” he appealed.

Meanwhile, Kawana says the soil is well saturated that anything placed in the ground grows without hesitation.

“I have planted grass, tomatoes, cabbage, green maize and yellow mealies. The yellow mealies are for animal feed including chicken. It’s crushed then mixed with other licks,” he stressed.

Although Kawana expressed satisfaction with this cultivation season, he also complained of pests attacking crops.

“We are trying our best to control, but it sometimes gets too much as it requires frequent spraying and purchase of pesticide which comes with a high price tag,” he said.