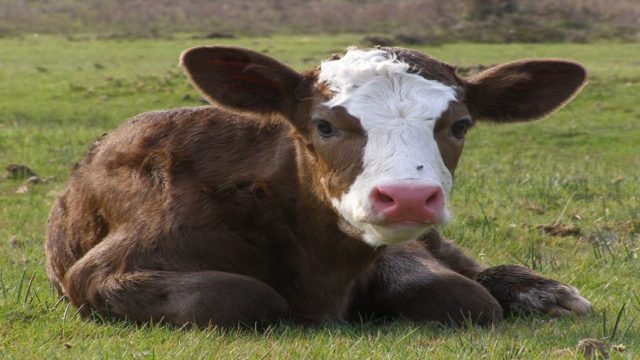 Namibian National Farmers Union (NNFU) believes that local farmers have sufficient supply and should be given preference before Meat Corporation of Namibia decides to import cattle for slaughtering from Botswana.

Speaking during the Meatco’s rebuilding phase recently, NNFU chairperson Jason Emvula said preference should be given to local farmers who still had stock as he is confident that local farmers have sufficient supply.

He also appealed for proper consultations to take place before measures such as importing are explored.

“This is news to me, and we are planning on having a meeting with Meatco for proper consultations and better understanding. What we are saying is that we should give preference to our farmers. The ‘Growth at Home Strategy’ is very clear on sourcing locally.

“We first have to deplete the resources we have locally before we look for imports,” he said.

He also reiterated that it does not make sense to outsource jobs which are readily available in the country unless the farmers are not able to supply adequate quantities to Meatco.

“Despite the drought that has affected stock , we cannot say we have no stock. These decisions should only be made after consultations, and [only if] we are informed that farmers cannot deliver. After that, we can find a plan B, but my stance remains,” he said.

Meatco is keen to tap into the Botswana market to supplement its stock of raw materials, following a crippling drought experienced by Namibia which experts say has been the worst in 60 years.

Meatco’s acting chairperson, Ronald Kubas, revealed that they intend to import cattle from Botswana as part of their herd rebuilding phase, following the depletion of its stock as a result of the devastating drought.

Kubas said in order to mitigate the effects of the drought, Meatco had to slaughter and sell off a large portion of the herd it had. This, however, has led to the need for a herd rebuilding phase.

“We have had discussions and visited Botswana to look at acquiring some of their animals. We have discussed various strategies to circumvent and buffer ourselves from the effects of the drought. We have a skilled team of procurement executives that will come back to us with their projections in terms of what is expected to enter through the factory,” he said.

In line with importing from Botswana, and curbing the drought’s effects, the acting chairperson stated that there is a medium-term plan to look at creating a buffer zone in the north-eastern areas of the country to unlock further supplies of cattle, in conjunction with the agriculture ministry.

Kubas noted: “We have also discussed workshops and engaged various partners. Now we are looking at more intensive cattle rearing to allow for our rangelands to recover, and we are working with farmers to look at mini feedlot systems to address our throughput challenges.

“The biggest challenge we are facing is throughput and acquiring raw materials. The drought is common but I believe farmers are resilient.”

Namibia Agricultural Union (NAU) is in support of the Meatco’s initiative and believes that it is strategically correct.

“Due to the disastrous drought, and the herd rebuilding which is expected to start this year in Namibia, Meatco will experience a reduced supply from local producers, and will most probably not be able to slaughter at full capacity. Sourcing cattle from Botswana will increase throughput and reduce cost per kilogramme slaughtered,” said (NAU)’s executive manager, Roelie Venter.

Venter also said that building of trust with producers over the long term is the most important factor that will determine Meatco’s success.

He said cattle farmers can either sell a weaner calf at eight months of age or keep the calf for another two years before it is sold to Meatco as a slaughtered animal.

“Producers must be convinced that Meatco is able to buy the cattle in two years’ time at a competitive price. Trust in Meatco is needed for that to happen.

An open and transparent relationship with its most important stakeholder – the supplier of cattle – is another important factor,” Venter said.

He noted that Meatco has access to the best beef markets in the world, and it must, therefore, be able to continuously pay the best prices to encourage producers to keep weaner calves till slaughter weight.

“A sustained, ‘best in the market’ price will ensure increased cattle supply to Meatco, increased throughput and improved efficiency. In order to pay the best prices, Meatco’s operational cost per kilogramme carcass slaughtered must be reduced further to ensure competitiveness with the rest of the world,” he concluded.