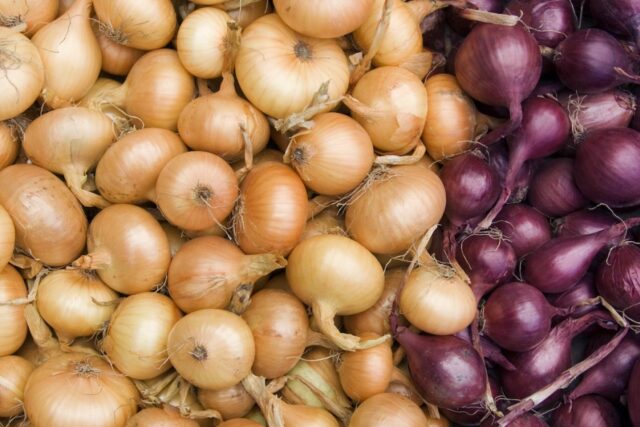 According to the Namibian Agronomic Board, the country’s supply of onions and potatoes was insufficient in January 2022. To correct this imbalance, the country’s borders were reopened to unrestricted imports of these crops. These details can be found in the Agricultural Bank of Namibia’s monthly Market Watch for February 2022, which was recently released.

On the plus side, for the months of January to March 2022, a sufficient local supply of watermelons, beetroot, and English cucumbers is expected.

Local farmers, financial institutions, and agriculture stakeholders, according to the Board, should take note of an opportunity to put the sector on a growth path and protect the country from the risks of food insecurity brought on by external shocks.

“There exists a positive sentiment for the crop industry in 2022 due to good seasonal rainfall covering most of the crop-growing regions. Rainfall is expected to increase crop yields and improve local food security. In addition, the grape industry is expected to maintain positive yields in 2022,” reads the statement.

Furthermore, progress is anticipated in the local production of horticulture crops, given the strategic efforts towards the development of the local horticulture and agronomy industry.

Meanwhile, Agribank noted the price of food in Namibia is increasing more than any other item in the average consumer shopping basket. In the month of January 2022, food inflation increased to 5.8% from 5.5% recorded in the same period in 2021.

“Fruit is highest contributor of food inflation, recording a 12.8% year-on-year increase in January 2022. Namibia imports most of its fruit and vegetables, resulting in high import costs, coupled with high logistical costs as fuel prices surge,” it elaborated.

Meat inflation remained stagnant on a year-on-year basis, recording a 10.6% increase from the 10.2% recorded in January 2021. According to the Board, it is evident the high producer prices for meat have a spill-over effect on consumer meat prices.

According to the Market Watch, the high dependence on food imports in Namibia remains a concern due to rising external uncertainties such as geopolitical tensions, coupled with spurring energy prices. This necessitates a great need to increase the local procurement of food produce.

“Amidst the development of a new shock in the market (energy shock), the decline in Covid-19 infections, coupled with growth in the mining and agriculture sectors, are expected to drive economic progression in 2022. Good rainfall received thus far in some parts of the country will restore the hope for many farmers after a protracted period of drought,” the Board noted.