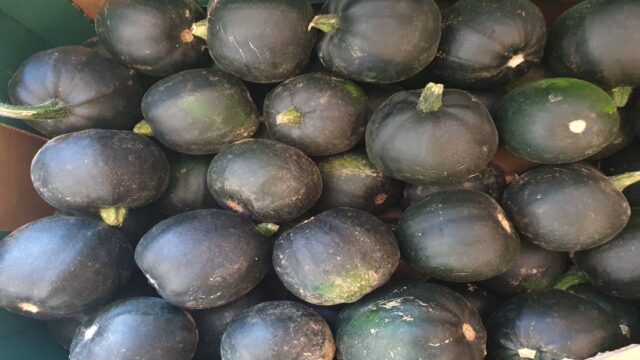 The Namibian Agronomic Board (NAB) maintained the importation ban on butternut, cucumber, coloured peppers and pumpkin during February 2022.

Initially, NAB had 14 products on the ban list including gem squash, tomato, sweet potatoes, sweet melon, tomato jam, watermelon and sweet corn, but these were removed because of lower local production and to allow imports for local consumption.

By early February, NAB advised that certain products may be imported on a pro-rata basis due to heavy rains that caused crop damage and quality concerns.

Heavy rains which flooded fields were experienced in the Zambezi region in January.

Rainfall has been erratic in northern Namibia, with certain areas not getting sufficient amounts for farmers to plant mahangu. Due to late rainfall in some parts, few farmers planted rain-fed maize in 2022 compared to the beginning of last year.

Rain was more concentrated in Zambezi, Kavango and the maize triangle encompassing Otavi, Tsumeb and Grootfontein.

“It was already too late to plant maize as from the beginning of February, so we can expect a decrease in the maize harvest. While we expect the agriculture sector to post positive growth in 2022, crop production can be impacted negatively by excessive rains,” said financial services firm, Simonis Storm.

Global fertiliser prices have risen sharply since the beginning of 2021, supported by a weaker rand that depreciated from N$14,72 to N$15,93 between January and December 2021.

“Given a weaker rand in 2022 and that Namibia is a net importer of various fertilisers, high input costs will weigh down on farmers’ profit margins and potentially lead to higher fruit and vegetable prices in coming months,” said Simonis Storm.

It was citing data from the Namibia Agricultural Union.

has revealed that over the same period, average cattle auction prices increased from N$49,83/kg to N$56,21/kg – an increase of 12,8% – providing further incentives for farmers to restock after the drought experienced in earlier years.

A MARKED increase in livestock marketing was recorded on an annual basis, with cattle sales rising by 41,6%, and goats by 85,7%, in January 2022.

Most of the livestock marketed was from south of the redline, as the north was subject to restrictions linked to foot and mouth disease, especially in the Zambezi region.

The president of the Namibia National Farmers Union, Jason Emvula, complained that the lifting of the ban would not help farmers as they had nowhere to market their livestock.

“During most of 2021, over 90% of live cattle exported were young animals going to feedlots, leading to fewer weaners being exported. Namibia exported 18,8% fewer weaners between January and September 2021, compared to the same period in 2020.

“Most heifers were absorbed by the local market for restocking purposes,” said the Simonis report.

Based on the improvement in livestock marketing and live exports in recent months, there is optimism that above-average rainfall from the La Niña phenomenon and rising meat prices will provide incentives for additional restocking in 2022, after years of drought in Namibia.

“This should see positive growth in the agricultural sector as livestock production accounts for about 40% of this sector.

“On a different note, fishing quotas were handed out on time at the beginning of the fishing year (October to November), so we expect to see improved growth in the fishing sector compared to last year,” said Simonis.