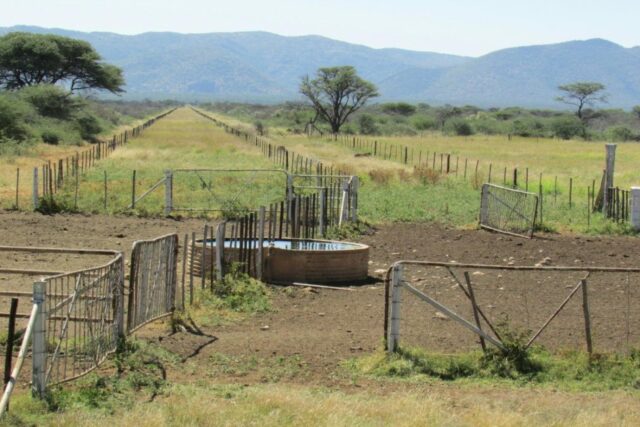 MINISTER of agriculture, water and land reform Calle Schlettwein believes that there is a need to review the land reform and resettlement programme to ensure it delivers the most desirable results.

He said this during a staff meeting in Windhoek recently.

Schlettwein admitted that the current land reform and resettlement programme has not been as effective as intended, because most allocated farms are still unproductive.

Currently, the minister said, the programme is too slow and does not yield the desired outcome of agricultural productivity.

Instead, the programme is a burden to those who have been allocated farms as they are not receiving the necessary support to farm effectively.

“… people [are] complaining [that they] have no water, the fences are down, and I cannot even feed myself. It comes across as a curse of resettlement. You are pushed into poverty while you actually have been given an asset that should enable you to make a decent livelihood,” Schlettwein said.

The failure of the resettlement programme can be partly blamed on the government due to a lack of support to farmers.

The minister urged his staff to implement plans to assist resettlement farmers to farm efficiently.

He said the programme has also not been as fast as many expected it to be.

“We are still very skewed. Land is not made available to all who were robbed of it, displaced, and robbed of a livelihood. That job is still ahead of us. We have the land conference resettlement resolutions that we need to implement. There are tough issues there,” he said.

The number of Namibians in need of land is estimated at more than 200 000, Schlettwein said.

These farms were allocated to 164 families who received training on relevant fields of farming.

“If you look at who wants land, there are still more than 200 000 people, but we can only resettle 164 in a year. That is a perception that we have to work with if we are to remain in a position that we believe when we tell people their day will come, and it will be sooner than later,” he said.

Schlettwein therefore urged his staff members to ensure that the resettlement programme and its support programmes are implemented fully to restore the dignity of the people.

“We must turn land reform into a direction where we regain the dignity colonisation took from our people. But that dignity must then result in the successful utilisation of land. We must be very innovative when we subdivide farms, not to subdivide some parts that are more productive for some and unproductive for others,” he said.

The minister said his ministry is also working around the clock to revive the unproductive state-owned green schemes which have been lying idle for years.

He admitted that some green schemes have not been operational due to challenges encountered by Agricultural Business Development (AgriBusDev), among other things.

He said the government’s green schemes have failed because they were managed through the wrong model, which has turned out to be unproductive.

“We know now what the mistakes were, and by far it was not a failure of the infrastructure or the people who are farming there. It was the wrong farming model we tried to use.

“It was a model of state farms being managed from head office in Windhoek, and that turned out to be very unproductive,” he said.

Schlettwein said his ministry has now been granted the rights to manage the green schemes, following a Cabinet decision to approve a new operational framework for green schemes.