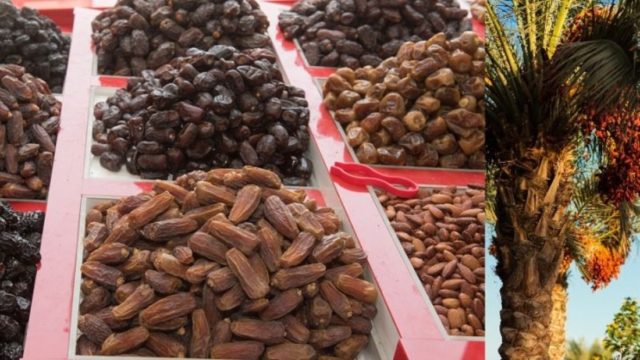 The Secretary General of Khalifa Date Palm, Professor Zaid presented the Pioneering Award to Desert Fruit which was shared with Sahama Agriculture based in Morroco.

This is in recognition of Desert Fruit’s contribution to date production as a commercial agricultural activity been conducted in the Southern hemisphere, specifically citing the local producer for its high quality, production volumes and variety.

His Highness, Sheikh Nahayan Mabarak Al Nahayan, who serves as chair of the Board of Trustees of the Khalifa International Awards for Date Palm and Agricultural Innovation said these awards serve to give recognition to the effort and contribution of both individuals and institutions in the field of date palm research in general and date production in particular.

He expressed the hope that recipients will be encouraged and motivated to continue their work to improve the quality and the yields of the date palm industry.

Desert Fruit Managing Director, Seth Holmes expressed both his delight and his modesty for receiving the award.

“We are proud of the work done by Desert Fruit Namibia and the recognition for the company and Namibia as a whole. This international award highlights our efforts of planting, harvesting and exporting dates as well as the work we do in the community,” he stated.

“Desert Fruit has also been recognised as a contributor to the local community and plays an active role in the community of Ariamsvlei, and the community of the farm, focusing on the health, safety and education of our people,” said Holmes.

As a significant producer in the southern hemisphere, Desert Fruit is ideally positioned to service a unique marketing window when the traditional producers in the northern hemisphere are out of season.

The Namibian harvest starts at the end of January and stretches to the end of April. During the harvest season, a steady stream of fresh and sun-dried dates is exported to traditional markets in North Africa and the Middle East, and lately also to consumers in Asia.

Desert Fruit produces specific date varietals grown by only a small number of producers in the southern hemisphere.