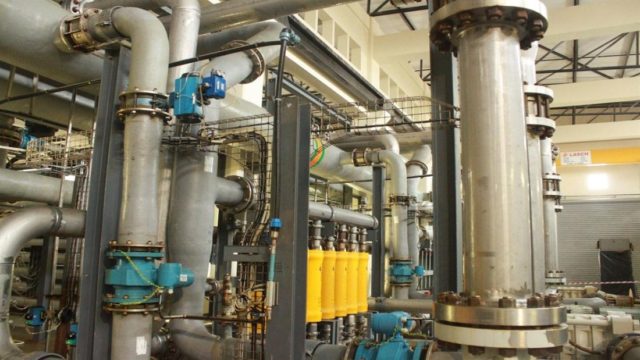 Calle Schlettwein, Namibia’s minister of agriculture, water and land reform, announced on Saturday that the country planned to build another desalination plant on the central coast.

After the N$3 billion Orano desalination plant near Wlotzkasbaken, which was built for the French uranium mining corporation Areva and commissioned a decade ago, this project will be the country’s second to convert seawater to freshwater.

“The feasibility study for the construction of a new desalination plant has been completed and shows that an additional desalination plant is viable and needed,” Schlettwein said. “A new plant will therefore be constructed by placing the project into a public-private partnership through which private capital is leveraged, private operational capacity is roped in, while NamWater remains the owner of the water.”

Schlettwein added that this is aimed at resolving water production constraints in the central coastal region.

He said this during the groundbreaking ceremony for the construction of an upgraded water pipeline between the Kuiseb River and Swakopmund.

The existing pipeline from the Kuiseb River to Swakopmund was commissioned in 1974 and is therefore 47 years old. Frequent pipe breaks along its 76-kilometre length were evidence that it had reached the end of its economic life and needs to be replaced.

While the new pipeline will mostly be used to supply groundwater from the Kuiseb aquifers to Swakopmund once fully completed, it would also be able to be operated in reverse to supply water from the Omdel aquifer north-east of Henties Bay and the Orano desalination plant to Walvis Bay.

This will mainly become necessary during major flood events in the Kuiseb River when water abstraction and conveyance infrastructure in the river gets damaged, resulting in reduced supply from that source.

Furthermore, once the water demand of Walvis Bay exceeds the sustainable yield of the Kuiseb aquifers, reverse operation of the new pipeline to supply desalinated water to Walvis Bay will become a permanent mode of operation.

“By upgrading the pipeline, NamWater is indeed preparing itself to be able to transport desalinated water to its customers once the new desalination plant is commissioned,” said Schlettwein.