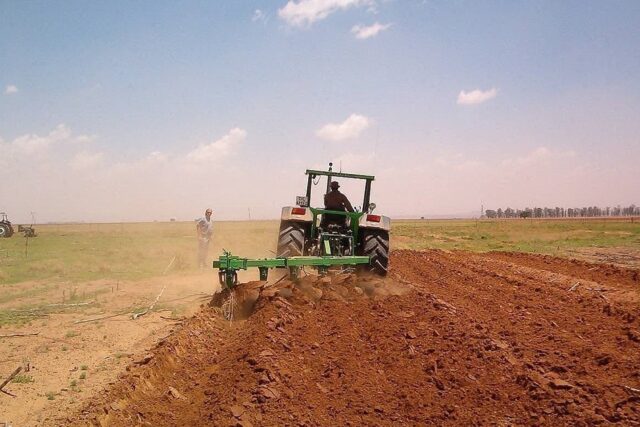 Namibian agriculture must embrace climate-resilient practices to lessen the effects of climatic variations, such as drought and flooding, which are becoming more frequent there. Farmers have adopted conservation agriculture (CA), a climate-smart agriculture practice, to save their livelihoods and natural resources.

The implementation of CA has aided community smallholder farmers in Namibia’s northern regions in improving their households’ food and nutrition security and resilience.

“This year I harvested a lot more maize, mahangu [pearl millet], and sorghum, compared to last season thanks to the knowledge I received on applying CA farming principles. Even my neighbours have noticed the positive change in my production and take an interest,” Petrus Shipena, a farmer from Ondeikela village said.

“CA has done a lot for me and my family; I earn an extra income from my high yield,” Jeremia Angula said.

“Before adopting CA my crop yields were very meagre, I struggled to get a sufficient harvest from my field mostly because of the soil which I suspect is now ‘tired’ due to all the years of heavy tillage. The old farming practises are not working and many farmers are no longer reaping the rewards of their hard work,” said Martha Nahole, a CA farmer since 2015 from Ondembo in the Oshikoto region.

Jeremia and Petrus are CA champions within their communities; they share both knowledge and resources to empower their counterparts through platforms such as farmer field schools organised by the Ministry of Agriculture, Water and Land Reform with support from the Food and Agriculture Organization of the United Nations (FAO).

Farmers also pointed out that the CA approach has allowed their crop fields to “breathe” as it exerts less pressure on the soil which further prevents losses of arable land while allowing degraded lands to regenerate.

Because of the dryland crop production that smallholder farmers are engaged in, most parts of the country have no permanent water sources such as dams for irrigation. The problem is compounded by the high evaporation rate of rainwater due to the country’s extremely hot climatic conditions.

CA provides farmers refuge from these harsh conditions with most farmers noting how their increased yields stem from “more output from a lower input” highlighting the efficient use of water and fertilizer as a major benefit of CA.