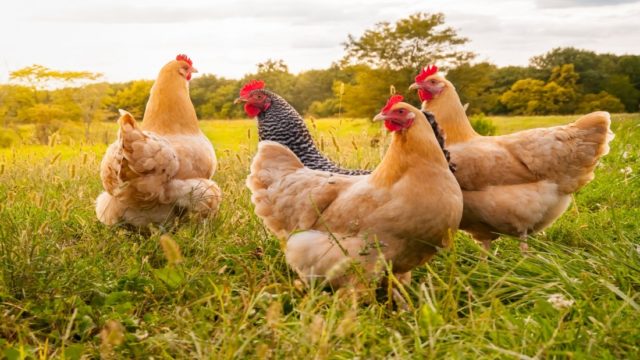 Three northern regions of Namibia are benefiting from the Ongwediva Rural Development Centre’s training and support in poultry farming, and this has resulted in increased production in the regions.

The centre provided farmers their first batch of chickens through a revolving programme and these farmers, after six weeks, each farmer is required to give back at least 10% of the chickens they were given at the start of their project.

“The idea is to help other farmers who also want to engage in this activity,” he said.

Farmers who want to rear chickens for meat are given up to 100 birds (per project) and those who want them for breeding are given 12-30 chickens, says Aipumbu.

He also assured the nation that a shortage of farmers in this sector is now a thing of the past.

“As we speak, the shortage of poultry for commercial purposes in northern Namibia is now a thing of the past,” he said recently.

“We have trained local communities on how to make products such as jam from these natural resources, to earn income and to contribute to food security,” Aipumbu explained.

He said for example – jams, sweets, juice and tea can be made from mutete. As a result, some farmers have allocated small portions of their fields for planting mutete.

According to Aipumbu, the centre’s assistance to communities is one of the success stories.

He noted that many rural households in northern Namibia had chickens, but they did not turn this into income-generating projects.

He said this was why there were few poultry products at events such as trade fairs in northern Namibia. “In 2014 we did a community needs assessment which was driven by the lack of poultry products in the country. We wanted to see how communities can be empowered to contribute to this sector,” said Aipumbu.

He said this resulted in the centre providing general poultry management training for communities in the three regions to enlighten them on the potential of commercial poultry farming.

They targeted people who had poultry projects but lacked support or knowledge, he explained.

Aipumbu said a number of people started setting up poultry projects and they were also given training and follow-up support.

Breeders take the eggs to the centre to be hatched in incubators.

“This is done for free and when the eggs hatch, project owners can collect their chicks. So far, we have assisted more than 150 people in the three regions on poultry farming for commercial purposes,” Aipumbu added.

He said the centre has also helped farmers create a WhatsApp group, where they share information on poultry farming.

Among the beneficiaries of the centre is a youth project at Ongonga village in Endola constituency in Ohangwena region, which got 30 chicks on 31 January this year.

The project leader Naemi Nelumbu said that when their project started they had a100 broilers which they sold. “We are grateful that the centre recognised our efforts and gave us 30 chicks,” said Nelumbu adding that two died and they now have 27 birds.

Nelumbu said the only challenge they have is finding enough financial resources to buy chicken feed and to construct a bigger chicken coop.