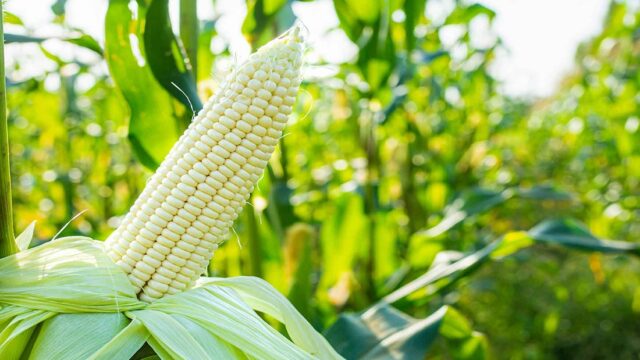 In the growing season of 2021/22, Namibian farmers are anticipated to harvest a record amount of white maize.

About 95 000t of the grain, or between 70 and 80 per cent of the overall crop, had already been supplied to the nation’s milling industry by the end of July.

The good white maize yield, according to Bertha Iyambo, an economist at the Namibia Agricultural Union (NAU), will reduce Namibia’s reliance on imports from neighbours like South Africa.

In Namibia, yellow maize was imported for use as animal feed while white maize was mostly used for human use.

“During the previous production season, just over 66 640t of white maize was produced. Given the fact that this year’s white maize harvest is estimated at about 150 000t and the demand is just over 203 000t, imports are set to decline markedly.

“White maize is a staple food in Namibia, and has therefore been a declared controlled product,” Iyambo said.

Gernot Eggert, the immediate past chairperson of the Namibian Agronomic Producers’ Organisation, previously stated that the bulk of that country’s white maize requirement was imported from South Africa.

“The demand for white maize depends on the size of the [pearl millet] harvest, which is another staple grain in Namibia. The larger the harvest, the less maize we need to import and vice versa,” he added.

According to an NAU statement, white maize was increasingly being produced under irrigation, with up to 50% of the total harvest during the 2021 production season being irrigated.

However, for the country to become fully self-sufficient, the average annual production needed to be increased even further, the statement said.

Namibia’s irrigation areas included the Hardap Irrigation Project, government-administered projects along the Kavango River and the Omusati region, as well as a number of commercial farms in the eastern production areas of the country.

According to the Namibian Agronomic Board, dryland maize production was mainly undertaken in the maize triangle, the Zambezi region, and the eastern production area in the Summerdown region.