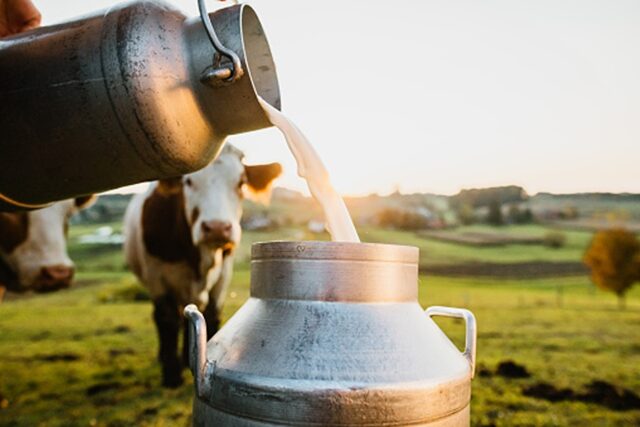 In June of 2013, the year which saw the start of Namibia’s prolonged drought, the country’s agricultural debt stood at N$4,5 billion (about R4,5 billion). Exactly seven years later, this figure had soared to N$7,8 billion, an increase of 74%.

At the onset of the COVID-19 pandemic in 2020, the government implemented a number of interventions, including a reduction in the interest rate. This, in combination with good producer prices that year, left the interest payment as a percentage of gross income at 7,6%, which would have been ideal in a stable production system.

In the same year, Namibian farmers began to rebuild their herds after the drought, which had led to the deaths of almost half their total livestock. As a result, producers had fewer animals to market, and this, coupled with cyclical and long-term debt, negatively affected their ability to repay loans.

The arrival of the COVID-19 pandemic saw the government declare a state of emergency and impose numerous restrictions, but agriculture was largely spared these, being classified an essential service due to the role it played in the economy.

Nonetheless, this did not prevent the pandemic from having a negative impact on the sector.

The international travel ban, for example, affected the transportation of pelts to auctions by air, which led to the cancellation of the country’s April 2020 auction.

The slowdown in economic activities put pressure on consumers’ income, changing their purchasing behaviour and reducing demand for protein, and hence red meat. In 2020, Namibia finally received good rainfall in most of its cattle-producing areas, which encouraged farmers to start restocking.

Namibia’s Swakara sheep industry incurred major production losses between 2017 and 2019, and the pandemic exacerbated the industry’s woes in 2020. By the end of that year, the sector had sold 8 354 pelts at a production value of about R2,8 million, about 87,9% less than in 2019.

Raw milk production fell to 17,2 million litres in 2020, a 21,1% decrease from the 21,8 million litres of 2019. This reduction stemmed mainly from three factors: the 2019 drought, which resulted in low water levels in dams until March 2020; a significant decline in fodder production at Hardap Dam, where close to 80% of the country’s milk is produced; and farmers ceasing production.

The numbers of cattle, sheep and goats marketed in 2020 were, respectively, 49%, 52,6% and 41,1% down on the figures of 2019. This led to a low throughput to sheep-export abattoirs, and the resultant closure of one of the last two export abattoirs in Namibia.

In 2021, Namibian livestock producers continued to reinvest in the sector to rebuild their stocks and grow the national herd. For this reason, the number of cattle, sheep and pigs marketed during the first half (H1) of 2021 fell by 25,2%, 4,7% and 1,3% respectively from the figures of H1 2020. The number of goats marketed increased by 63,8%, however.

The depreciation of the Namibian dollar against foreign currencies contributed to an increase in prices of imported products in 2020. Livestock producer prices performed well that year compared with 2019 due to high demand for livestock.

Sheep producer prices increased by 21% over the same period.

The price of sheep was 26% higher in H1 2021 than in H1 2020, and the price of cattle increased by more than 17,6% on the back of a 21,8% and 11,4% rise in the prices of weaners and oxen respectively. The production and sale of weaners remained more profitable than growing out weaners to oxen because, on average, the weaner price as a percentage of the slaughter price stood at 76% in H1 2021.

Improved weaner prices between 2020 and 2021 left the average weaner price as a percentage of the slaughter price above the long-term average of 64%, thus making weaner production profitable. However, slaughter cattle prices recovered in 2021, leading to an improvement in the income for cow-ox producers.

The domestic market was under considerable pressure from the global market, particularly as food inflation rose by more than 26,1% between H1 2020 and H1 2021. This was due to significant increases in the prices of oils, grains and meat.

On average, oil prices grew by 74,8% due to a rise in value of palm, soya bean, and canola oils; grain prices increased by over 28,8% as a result of significant hikes in the prices of maize and wheat; and meat prices increased by an average 4,3%, due to tight global supply and strong import demand from East Asian countries, particularly China.