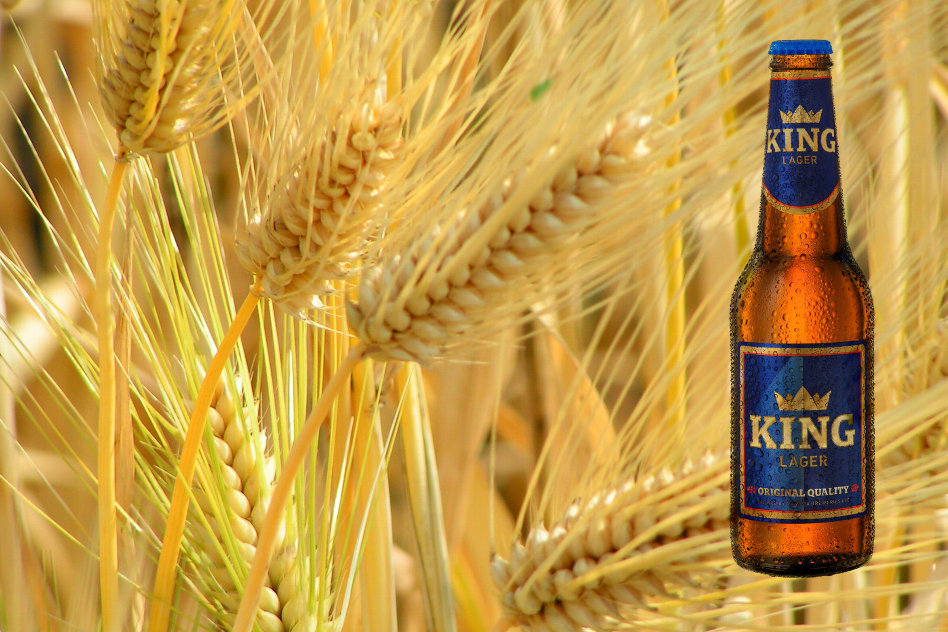 The need for a new beer brand to accommodate the locally-grown barley led the media to seek Nambrew’s rationale behind the introduction of King Lager and its future plans for the beverage. The Breweries was also asked to explain why a new trade mark was necessary to process the homegrown barley into King Lager. Responding to the matter, O&L spokesperson Roux-Che Locke explained that King Lager was the first beer to be brewed using only locally grown barley. “We are proud of the fact that one of the key ingredients of King Lager and what makes King Lager stand apart from its peers is that it is the first commercially available beer in Namibia to be brewed with homegrown Namibian barley.”

Explained Locke further, “King Lager is exclusively brewed with and contains high quality barley grown right here in Namibia following extensive trials over a 3 year period.” Remarkably, it would seem Namibia Breweries chose not to use local barley for the production of its other beer brands in a roundabout way.

Added Locke, “we have always tried to find ways to add value and create employment for our people. One of the avenues to create jobs was to pioneer the cultivation of barley in Namibia. Given the success of the trials to grow barley for commercial use and having proved that barley could be grown in Namibia, it was only fitting that Namibia Breweries created a new premium quality beer that is brewed with homegrown Namibian barley. To this end, King Lager was born. Therefore, King Lager is here to stay.”

The local brewer said it aims to harvest at least 12,000 hectares of barley per annum over the next ten years which is expected to grow through a partnership recently signed with the Ministry of Agriculture, Water and Forestry, as well as AgriBusDev, to grow more barley at the green schemes locally