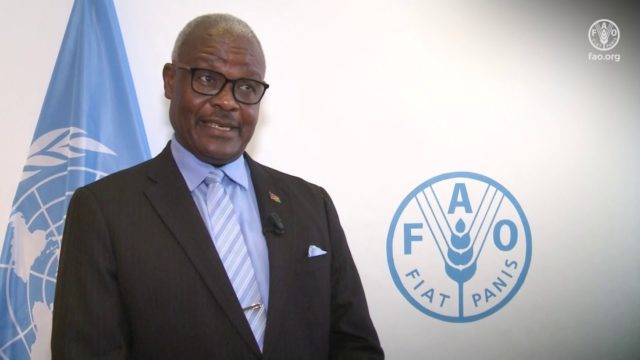 The government has said it will target small scale farmers who have been in hydroponic fodder system as it tries to alleviate the effects of the recurrent drought.

In a statement recently presented in parliament by Minister of Agriculture Alpheus Naruseb, N45.5 million has been set aside as money that will used for the drought-relief fodder production scheme.

According to the Minister the scheme will target communal, emerging, resettled and commercial farmers who have been trained in hydroponic fodder production.

“The total fodder production scheme will cost N$45.5 million, which comprises N$29.6 million for material subsidies, N$3.9 million for seeds, and N$10.7 million for training the 7 000 farmers around the country,” he said.

The minister also said the subsidy will be given per household, and it is his ministry that will identify suitable beneficiaries who are should be full-time farmers.

“The farmers can use their Fan Meat, Meat Board cards and identity documents to claim the subsidy, while invoices from reputable companies and parastatals can be used to claim input subsidies,” explained the minister.

However, the scheme will exclude farmers who are renting out grazing elsewhere, and those who are working and receiving salaries.

“The ministry will train 140 extension workers (10 per region) to train farmers in their respective regions. The government is aiming at training 500 farmers per region in fodder production, disease management, and feed ratio calculation.

“The government will provide a once-off subsidy of 50% to trained farmers up to a maximum of N$190 per bag of seeds until the end of March 2020,” read the statement.

The government will also subsidies the cost of construction materials up to a maximum of N$4 250 until March 2020.

The main aim of the hydroponic fodder production initiative is to build resilience and empower farmers to produce their own fodder, and thus reduce dependence on the government drought relief scheme.

Under the hydroponic fodder production system, a kilogramme of fodder can be grown in seven days, requiring a maximum of three litres of water. A tonne of fodder will require a minimum of 45 square metres of land.

The scheme is set to be for six months starting October, though it has also been mentioned that it can end as soon as the budget is exhausted.