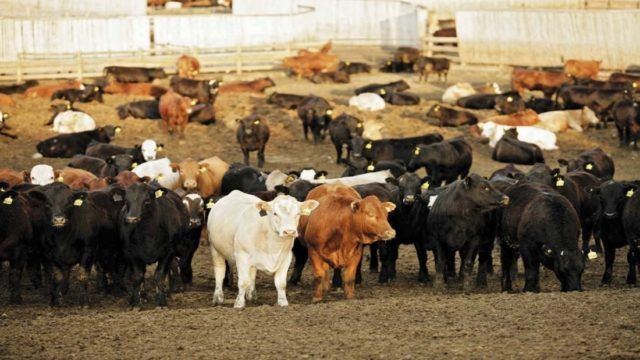 The Namibian government has come up with a plan to introduce a package that allows communal farmers to borrow funds with less stringent conditions.

According to reports, communal farmers could finally have their way with affordable loans from the Agricultural Bank of Namibia (Agribank).

While commercial farmers have it relatively easy to obtain loans from banks due to access to collateral security, the situation is not the same for communal farmers, who have very little to nothing to offer commercial banks as leverage for financing.

Minister of finance Iipumbu Shiimi confirmed that Agribank will soon introduce a package in the market which will allow communal farmers to access loans with their movable or immovable assets.

Speaking at State House on Friday, Shiimi admitted that communal farmers, who constitute the bulk of subsistence agriculture in Namibia, are a key component of the sector and need to be supported to navigate the challenges of drought and the Covid-19 pandemic.

“Currently Agribank offers loans to both communal and commercial farmers and we are aware of the challenges communal farmers face in terms of accessing the collateral, so plans are underway to come up with a product that specifically answers to the needs of communal farmers,” Shiimi said.

This was confirmed by prime minister Saara Kuugongelwa-Amadhila, who said the government has adopted half the resolutions crafted at the last land conference in 2017 to ease the burden of a lack of land – especially on residents of informal settlements.

“The government has actually made progress and adopted most of the resolutions from the land conference and adopted them for implementation to ease the challenges of land in the country,” she said at the same event.

Meanwhile, President Hage Geingob unveiled a raft of measures adopted by the government as part of the ongoing Covid-19 response.

These include the sale of alcohol on a takeaway basis only, the Erongo region remaining in stage 3 of the state of emergency, and opening borders and points of entry to allow tourists into Namibia.

The sale of alcohol on a takeaway basis does not include hotels and restaurants.

The government has also reduced the number of days foreign tourists would have to be quarantined upon arrival in the country from 14 to seven days.

Borders will only be open for countries with a lower Covid-19 risk profile.

“Public gatherings are reduced from 250 to 100 people. The sale of alcohol is to remain on a takeaway basis and for consumption in private dwellings, shebeens and bars. For restaurants and hotels, on-site consumption of alcohol is permitted, as per the current arrangements under stage 4,” he said.

Contact sports will be permitted, but no spectators are allowed, the president said.