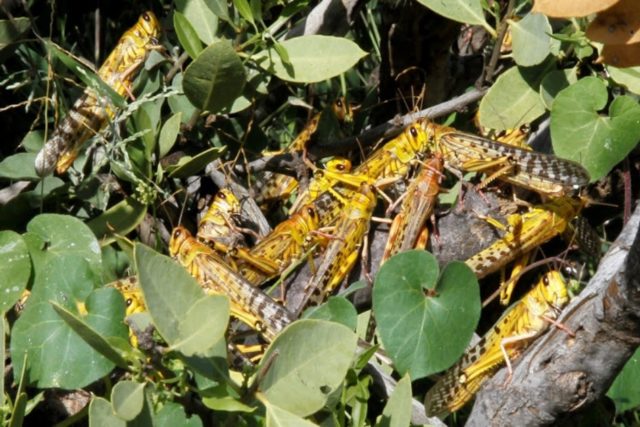 With reports from Zambian media suggesting that the Zambian government is set to engage the Namibian authorities on the possibility of working together to control the outbreak.

Namibia Agriculture minister Calle Schlettwein has revealed that the country will welcome with open arms a suggestion by the Zambian government to assist Namibia in containing the locust swarm in the Zambezi region.

Schlettwein disclosed last month that the country was struggling to contain the second outbreak of the African Migratory Red Locust this year, which has so far destroyed 500 hectares of grazing land in the northeast of the country.

Zambia’s minister of agriculture Michael Katambo is quoted as saying his government has deemed it necessary to engage the Namibian leaders because the locusts are migrating from Namibia into Zambia. Katambo, according to reports, said the Zambian government is using its good bilateral relations to find the best way of containing the locusts given that Namibia is not a member of the International Red Locust Control Organisation for Central and Southern Africa (IRLCO-CSA).

Schlettwein said although it is not official yet, the government will welcome with open arms collaboration from the neighbouring country to fight the outbreak of African Migratory Locusts.

At least 19 areas in the fertile Zambezi region, which borders Zambia, Zimbabwe Angola and Botswana, have been hit by a red locust outbreak since 12 August, Schlettwein said in a statement last month.

In total, 4 002 square kilometres have been invaded and 500 hectares of livestock grazing land destroyed, he said. According to the minister, the country needs around N$30 million for additional resources to contain the spread and enable aerial spraying, the minister added.