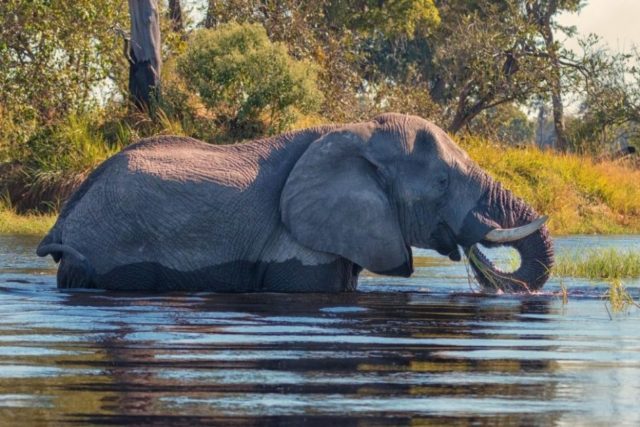 The conflict between humans and elephants in Namibia has had a significant impact on farm productivity and has become a serious threat to the country’s animal health status.

According to Piet Gouws, president of the Namibia Agricultural Union (NAU), the situation for farmers is only getting worse.

The issue, he said, was not so much the number of elephants as it was the state’s unwillingness to put action plans in place to mitigate the impact elephants had on farming.

“Elephants have the potential to bring the national agriculture sector to its knees. [Due to their] impact on the environment, the production potential on farms is clearly decreasing, while production costs are being pushed up.

“While the Namibian agriculture sector is committed to the conservation of all animal species, and elephants in particular, a balance between nature and agriculture must be found and maintained,” he said.

According to a 2021 report published by the Conservation Frontlines organisation, the cost of repairing damage to infrastructure caused by elephants had reached record levels.

An estimated 180 freehold farms had to date been affected by this damage. For example, the cost of fixing a single windmill damaged by elephants could amount to between R29 998 and R51 000, the report said.

Gouws explained that one elephant’s daily intake of food and water also equalled that of 30 cattle.

“Given the past four years’ drought in our country it goes without saying that the competition between livestock and elephants for food and water has had a serious impact on the long-term sustainability and profitability of livestock production,” he added.

According to the statement, NAU and the Namibian Livestock Producers’ Organisation (LPO) had for many years been trying their utmost to be part of a solution.

However, organised agriculture’s suggestions, plans and proposals had so far largely been ignored by the state, the statement added.

“It seems as if government officials can simply not grasp the degree and extent of the damage caused by elephants […].

“The threat posed to our animal health status and international beef exports [due to] border fences broken by elephants, and their continuous breaching of the veterinary cordon fence is too ghastly to contemplate,” Gouws added.