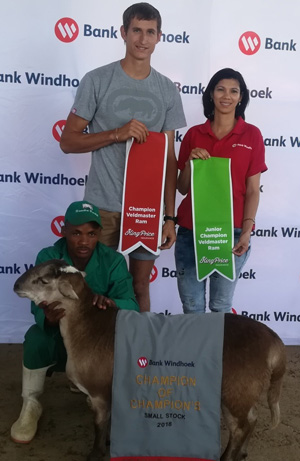 The Small Livestock Section awards was hosted in collaboration with Feedmaster and the Namibia Meat Board. Twenty-year-old Michael Johannes Garbers from Stampriet, scooped most of the awards including the ultimate prize, Champion of Champions Trophy in the interbreed category.

Garbers said that he was pleased with the award since the grand champion ewe is also the mother of the ram. He said the ram is extraordinary, adding that the judges made the right decision.

Garbers pointed out that credit should similarly be given to the animal and not the breeder alone.

“Although I claim this prize, it is important to note that the ultimate winner here is the animal,” he emphasised. Garbers also thanked Bank Windhoek and his parents for their support. 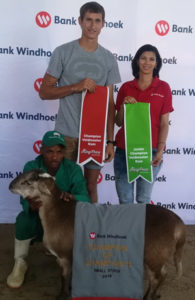