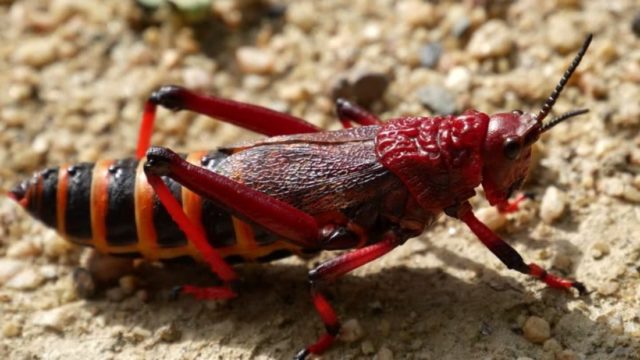 An outbreak of red locusts has been detected in central regions of Namibia and pest control teams have been sent to the affected areas, this is according to the Ministry of Mines.

The large grasshopper species, which is marked by bright red wings, is common to sub-Saharan Africa and breeds abundantly under drought conditions followed by rain and rapid vegetation growth.

The ministry said the locusts were flying in from Botswana and Zambia. Videos shared by the ministry showed thick clouds of insects flying low over crop fields and farmland in the central Otjozondjupa region.

Namibian officials said it was too early to link the infestation to locust swarms wreaking havoc in East Africa since last year in a migration that started in the Middle East and has been worsened by the coronavirus pandemic.

Ministry spokesperson Margaret Kalo said the extent of the damage caused by the locusts were not available at this stage.

The summer harvesting season has been completed but the red locusts pose a serious threat to winter crops such as wheat and barley as well as livestock grazing areas, she said.

The latest red locust invasion follows a similar outbreak in February in the Zambezi region, named after Africa’s fourth-largest river, which overlaps parts of Namibia, Angola, Zambia, Zimbabwe and Botswana.