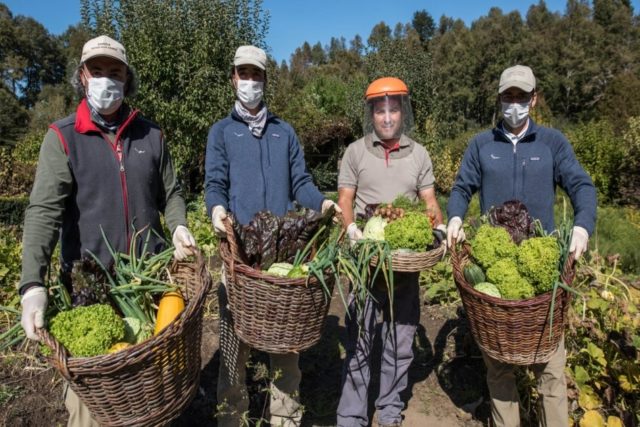 The Orano Mining Namibia has donated food parcels to Spitzkoppe and Naman Pos community as part of the fight against Covid-19, which has impacted on most livelihoods in the country. The donations are valued at N$110 000.

Residents in Spitzkoppe depend mostly on livestock farming, small mining of semi-precious stones and craft manufacturing that they sell to tourists. This community was hard hit by the downturn in tourism, their main income generator, especially after a few years of drought that also saw most of their cattle’s dying from drought.

Meanwhile, the Namibian tourism sector continues to be strangled by the pandemic, so the company took the Spitzkoppe community as a priority. Demand for international is not seen to be promising for the short-term future because of the virus even if borders open. The impact on tourism has a long way to go.

Orano Mining Namibia donated food parcels to 140 households and two soup kitchens in Spitzkoppe Village and Naman Pos. Furthermore, the Wesbank Transport (FP Du Toit) gave a hand in transporting the items to the intended destination and this was valued at N$10 000.

Orano has been involved in development efforts within the #Gaingu Conservancy, and the Spitzkoppe area in particular for many years.

To support the government’s efforts to address the economic challenges triggered by Covid-19 outbreak, Orano Mining Namibia has donated 200 million litres of desalinated water to the local authorities in the coastal area, valued at approximately N$6 million earlier during the year.