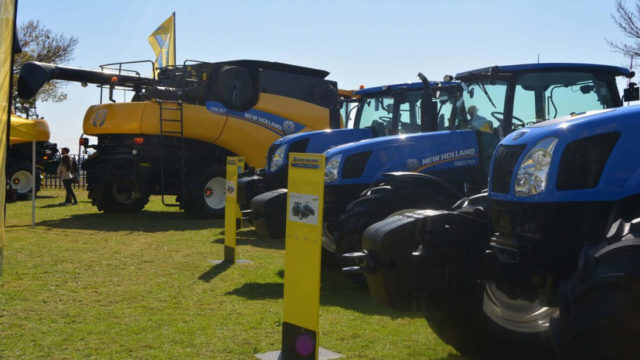 One of the largest agricultural exhibitions-Nampo Harvest Day began with hype as among the activities was the newly launched tractors and sprayer by Holland for South Africa and Southern Africa.

The newly launched tractors, sprayer and combine harvester as well as other machines are all equipped with intelligent technology that improve precision farming by automating several aspects.

The latest combine harvester, for example, has the ability to automatically adjust each aspect of the harvesting process every 20 seconds, thus maintaining optimal performance.

At a briefing in the Nampo auditorium, Federico Bellotto, Business Director of New Holland for South Africa and Southern Africa stated that sales have increased significantly, following the company’s decision to directly distribute New Holland products in South Africa as of mid-2017.

“Our special focus is on South Africa and Southern Africa as developing regions that still have loads of potential for expansion,” said Bellotto.

Bellotto further stated that the newly launched technology is aimed at improving the profitability of each seed a farmer plants and harvests, leading to higher profitability.