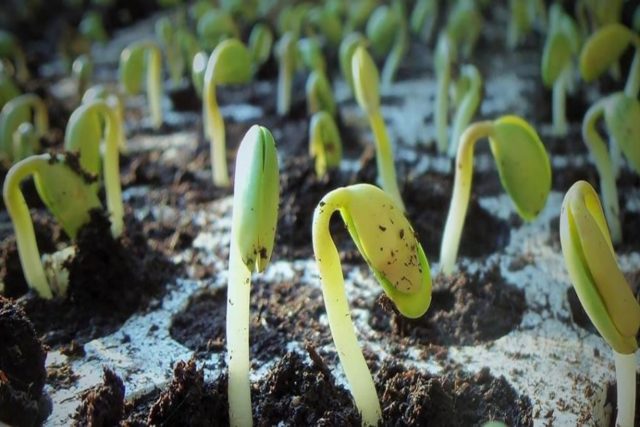 Marieke Voights, one of the farmers who are now running a thriving market gardening project on her farm about 40 km out of capital Windhoek towards the southern part of the country is reaping great rewards from use of biochar as a form of natural fertilizer.

A group of Namibian farmers are changing the face of farming in the normally infertile soils of the desert that characterizes the Southern African country through the use of this innovative farming technique.

Voights told Xinhua that the rewards of using biochar as a natural fertilizer have made her a popular producer of organic food including carrots, vegetables, beetroot and onions, among a flurry of horticulture and agriculture products.

More interesting is the fact that the biochar made from encroacher bush is also creating a value chain on different farms where it is used as fertilizer, and animal feed while the residue is sold as charcoal among the communities.

“We are using the biochar as a fertilizer for the production of vegetables as well as animal feed. This has allowed us to create a value chain from biochar,” she said.

Voights has set up a fully-fledged small-scale biochar production plant at her farm that houses more than 80 families including a market gardening project, a school, a dairy farm as well as a piggery project with the assistance of biochemist experts from the Namibian University of Science and Technology (NUST).

Voights is now a key supplier of organic vegetable producer and supplies key fresh produce hub in Namibia while many other farmers across the country are taking up the use of biochar as cheap and efficient fertilizer.

The NUST is also using her farm plant to train students who are studying biochemist to do practical work for their studies and also researching the possibility of using biochar as a fertilizer at a wide scale in Namibia in the future.

“We have so far had two students who completed their internship programs of six months on this farm. When they are here for training, they will also be staying and working from this farm. They will only leave when they are done with the work,” Ibbo Zimmermman, a lecturer from NUST who is working on the research department of the biochar project, said.

The biochar project in Namibian is being funded as a partnership between the Namibian government as well as the German government.

“We are looking for avenues to get the production of biochar made from harvested encroacher bush. The project has potential for large spin-offs for the Namibian agriculture sector as well as creating employment for many Namibians from university,” Progress Kashandula, CEO of De-Bushing Advisory services in Namibia who is funding research on the project said