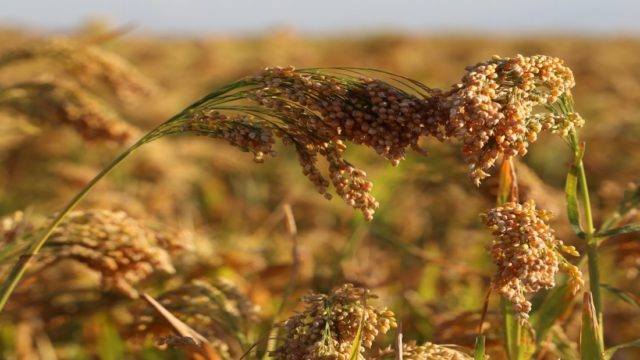 This year’s crop harvesting, consisting of mostly maize and millet, is expected to start in early May.

Overall, 2020 national cereal production is expected at a near-average level, between 90 000 and 100 000 tonnes, which would mark a substantial recovery compared to the 2019 drought-affected output.

This is according to the Global Information and Early Warning System on Food and Agriculture Country Brief for Namibia published last week. Reflecting the significant production decline in 2019, the cereal import requirement for the 2019/20 marketing year (April/May) is estimated at 350 000 tonnes, an increase of about 40% on the five-year average.

“As of March 2020, about 225 000 tonnes of maize grain had already been imported from South Africa. Imports of wheat are estimated at 95 000 tonnes, a near-average level.”

According to the report, following precipitation deficits at the start of the season, rainfall increased from last December to March, boosting soil moisture levels and benefitting crop growth.

At the end of March, remote sensing data indicated favourable vegetation conditions in the main producing areas in the north and northeast, where crops were severely affected by drought in 2019.

Reports, however, indicate localised outbreaks of fall armyworm and African migratory locusts, mainly in parts of the Zambezi Region, which might have affected the productivity of cereal crops and pasture availability.

The western and southern parts of the country continue to suffer from rainfall deficits, which have had a negative impact on pasture regeneration and related livestock production.

“These recent rainfall deficits are set against a context of recurrent droughts the country has experienced in the previous 10 years, limiting aquifer recharge rates and increasing water insecurity that poses a serious risk to agricultural production and domestic water consumption.”
18% in crisis

According to the latest Integrated Food Security Phase Classification (IPC) analysis released in January, 430 000 people in Namibia were estimated to be in crisis and at emergency levels between October 2019 and March 2020.

This number accounts for about 18% of the national population and is almost 70% higher than the estimated food insecure population for the corresponding period in 2018/19.

“Looking further ahead, despite an expected seasonal improvement in food security with the main 2020 harvest, the risks posed by the coronavirus pandemic could cause an increase in the prevalence of malnutrition.”